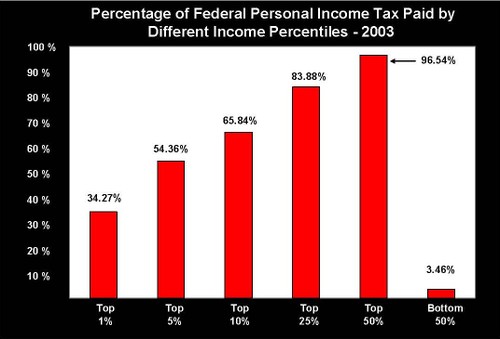 Bush antes up the lives of US soldiers to play out the two deuces he holds. Cynically sacrificing American lives, a treasonous and illegitimate "President" hopes to salvage his legacy -a legacy not worth salvaging at any price on any bet with any hand. Legally, the illegitimate "President" who lied the nation into the commission of an ongoing war crime compounds his venal crimes and ventures once again into high treason.

Why did Bush lose the war in its very planning, inception, and execution? Greed? Arrogance? Idiocy? Vainglorious visions of conquest and dictatorship? At this point -who cares? We must all work together to bring this miscreant and liar to justice in the Senate and, later, in the international court.

The record is clear when seen outside the prism of mass media -especially Fox and all the lying minions who toil there. The facts are these: When the surge fails (and it will) Iran wil fill the vacuum having grown stronger as a result of Bush's counter-productive campaign of villification. As expected Iran has already formed an alliance with the Shias of Iraq -an outcome sure to alienate Bush's Sunni allies in Saudi Arabia and elsewhere.

If Bush's goal was the usurpation of Iraqi oil, it is hard to see how he might deliver those resources to his cabal of oil barons when both Sunnis and Shias oppose him and his evil campaign to make the Middle East safe for the theft of oil -not Democracy.

Some 70 percent of all Americans oppose the surge. Democrats, therefore, must seize the moral high ground by cutting off funding for additional troops and additional campaigns. Democrats -it has been suggested -can tax our way out of the war with a "Victory Over Terror" tax levied on incomes of $5 million a year or more. Levied on all income, it would include stock options, jet plane rides, company-paid-for health and life insurance, retirement programs, golden parachutes, the use of apartments in Paris, cars and drivers.

The GOP will hate it and, therefore, it must be good. Those targeted have enjoyed the big GOP tax cuts since the days of Ronald Reagan who made them feel good about being greedy. This group has never been expected to sacrifice in times of war; rather, they have been enriched by it repeatedly. It's time to put a stop to it. Power to the people'

To close, the following is the video referred to by Sadbuttrue in the comments to this article:

A strong voice has emerged that lays bare the fraud and incompetence behind Bush's Iraq strategy from the bombing campaign to the surge -a last desparate grasp for illusory "victory". The voice is that of Rory Stewart of Britain's Foreign Office. He brings to the table his experiences in Afghanistan and in Iraq as a Deputy Governor.

Stewart declares flatly that the Bush/Blair war on Iraq is already lost, there are no good options left Bush. A civil war has been underway for some time now. That opinion, of course, is also that of this blog and has been since its inception. Stewart made his case on BBC's Hardtalk where he was cross-examined by Steven Sackur. Stewart says of the surge that it will "...only kill a lot of people" (See: All the King's Men Sign a Death Warrant on American GIs) It is a failed strategy. Citing experiences in Fallujah and elsewhere, he says that Bush's proposal is doomed to fail.

"I see no reason to believe that this will not be the case again," Stewart says. He is correct to point out that so-called insurgents have always been unaffected by surges. Insurgents always return to an area when coalition forces pull out.

It is not only the sectarian nature of the conflict but Bush's inability to define victory that makes winning impossible. Certainly it has been noticed that when Bush administration officials used to talk of victory now they talk only of security. Even when expectations are thus scaled down, the Bush administration is mute on how security is achieved when warring sects comprise the government itself. As this blog asked long ago: when civil war breaks out in Iraq, which side will Bush be on?

Ideological slogans marked the run up to war. Tragically, no slogan defined success but all them may have been designed to make GOP ideologues feel good about supporting a war of aggression and the ongoing war crime in the wake of attack and invasion.

Stewart comes to the point. Stated US goals, he says, are not achievable. Indeed, it may be too late for the US to shape Iraq's future in any way whatsoever. The surge which we now know will involve some 21,000 additional troops is called a "grave mistake." Underscoring the point, Stewart states: "What we can do, we have done." I wonder if Stewart might also have been thinking about how the irreparable harm that has been done might be undone. That, of course, is impossible. The enemy is hard to identify. Conventional forces cannot just go in, Stewart says, and have any effect.

Sunnis and Shias have at least this much in common. Both want the Americans out! Both sects have other things in common but we may never know about them. According to Stewart, Britain actually stopped talks between the warring factions. Why would the coalition fear the possibility of peace breaking out in the war zone? When something might have developed, nothing was. Stewart concludes: "Getting rid of Saddam is pretty much all that we have accomplished." It is my opinion that even that is tarnished by the ludicrous nature of the kangaroo court that tried Saddam and, of course, the farcical and cruel nature of the lynching that followed. It is hard to imagine that Bush would have wanted to make of Saddam a martyr.

Indeed, some 3,000 Iraqis die every month. Stewart asks: "What is achieved by staying another year, three years, or six years?" That question may have been answered by Edwin Starr at the height of American involvement in Viet Nam. War! What is it good for? Absolutely Nuthin'.

At last, the opinion of the world has turned against the Bush/Blair conspiracy to occupy Iraq.

Agree with many of your points written above, but no-one 'dragged' this country into the illegal invasion and occupation of Iraq.

Yes, Blair acquiesced to US foreign policy, but the invasion was also supported and voted for by a huge majority of our MP's.

The choice to invade and occupy Iraq was made by the elected representatives of Britain. No-one else is to blame for this idiocy - it's Blair and our MP's.

Still, every cloud has a silver lining . . . I hope to see Blair eventually prosecuted by an energised International Criminal Court. Subsequently, I look forward to the day when I, and other British taxpayers are forced to pay reparations to Iraqis for the horrendous consequences of this immoral and illegal act.

-Comments, Defiance and Delusion, The Guardian