The Dictator is a Dick 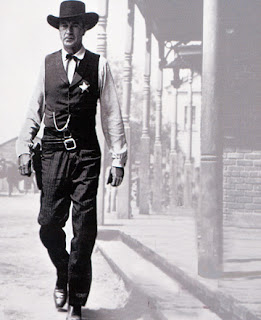 As Bush moved quickly to put the White House beyond Constitutional checks and balances, Congressional scrutiny, and judicial oversight, Dictator Dick comes off the bench to steal the gold cup.

The Dick reveals that he is not only NOT a part of the Executive Branch, he is above the supervision of the legislative branches, the judiciary and even George W. Bush himself. Can a showdown be long now?

Has Cheney just pulled off a coup d'etat? Will George W. Bush order his arrest? We will soon learn if Bush is a nice guy. Hitler would have ordered Dick Cheney summarily shot.

Specifically Cheney refuses to comply with Bush's order of some four years ago requiring all executive branch offices to submit to reviews of security measure related to the handling of documents. When the National Archives and Records Administration (NARA) pressed the issue, Cheney tried to abolish the office itself. Cheney's outlaws tried to gag archive officials, barring them from taking their case to the Justice Department.

Typically, Cheney puts forward a novel interpretation of the Constitution in his defense. According to our new, self-appointed dictator, his office is not a part of the executive branch. Cheney argues that that is so simply because he is allowed to sit in the Senate and cast a tie-breaking vote. This is sophistry comparable to Nixon's cynical pronouncement that "if the President does it it is not illegal". The pattern with Dick Cheney is, at least, consistent: he believes his office to be immune to congressional investigations and that he is above all provisions of the Freedom of Information Act. Cheney claims that he is above the law.

Hitlerian antics asides, Americans have meanwhile lost all rights of privacy. Bush gets to listen to your phone calls, read your emails and sift through databases for personal information that has absolutely nothing whatsoever to do with terrorism or 911! It's all one-way. Bush insists upon operating in complete secrecy.

How long will this intolerable situation be allowed to continue? Bush gambled that the American people, made soft by a neutered media and the crassest pop culture on the planet, would do nothing so long as they had beer, American Idol, and a Super Bowl once a year. I put it to Americans: was Bush right?

Back to the Constitution itself. There is absolutely nothing, anywhere --either Constitution, US Codes, or case law --that gives Dick Cheney the right to set up a shadow government. There is absolutely nothing in the Constitution, US Codes or case law, that allows Bush to rule by decree by whatever goofy name he chooses. Just has Gen. Hayden lied to the American people about the Fourth Amendment and was shown to be dead wrong, this venal administration will lie about everything else --Iraq, terrorism, al Qaeda. Its own powers, it has simply made up full cloth.

So brazen are Bush/Cheney now that they must think they have consolidated absolute power. And Congress, rolling over, proves them right. Is America lost forever? Bush has not merely violated the Constitution, he has subverted it, a violation of his oath to protect and defend the Constitution.

But that's not the end of it --as Bush was subverting the Constitution, he was breaking US Codes and International Laws in Iraq and Afghanistan. A substantive case is easily made that he subverted the Constitution so that he could wage aggressive war and commit other crimes against humanity on behalf of his corporate sponsors.

If he is not a "traitor", then who the hell is? Bush's loyalties are to his oil sponsors --not the very source of our nationhood!

We are not in a crisis. Rather, the Bush administration IS a crisis. A recent editorial by Buzzflash is a must read. It makes an apt analogy to High Noon, a pop media fable that is burned into the American consciousness.

Some interpret "High Noon" (nominated for seven Academy Awards) as a 1952 allegory of principled defiance against the era of McCarthyism, which foreshadowed the courage of Edward R. Murrow in being a lone man with the bravery to challenge and bring down the thuggish, immoral senator from Wisconsin. Murrow, in his historical March 9, 1954, broadcast that began the unraveling of the reign of rule by uncorroborated witchhunting anti-Communist fear (and a watershed moment for broadcast journalism in America) said: "Our working thesis tonight is this question: If this fight against Communism is made a fight against America’s two great political parties, the American people know that one of those parties will be destroyed and the Republic cannot endure very long as a one party system.We applaud that statement and we think Senator McCarthy ought to. He said it, seventeen months ago in Milwaukee."

It was a brilliant maneuver to hoist the drunken master of intimidation by his own petard. Murrow, like Marshal Will Kane in "High Noon," was taking someone who had subdued a nation (as the Miller gang did in "High Noon's" Hadleyville) with the assertion of raw power not subject to the restraint of truth, due process, justice or the law.

Murrow closed his opening salvo against McCarthy with this statement: "The actions of the junior Senator from Wisconsin have caused alarm and dismay amongst our allies abroad, and given considerable comfort to our enemies. And whose fault is that? Not really his. He didn't create this situation of fear; he merely exploited it -- and rather successfully. Cassius was right. "The fault, dear Brutus, is not in our stars, but in ourselves."

You can find my own take on Murrow at this category: Ed Murrow.

In the 18th Century traitors were hanged. In our own century, the Rosenbergs were executed for much, much less. The Rosenberg's guilt is debatable but the issue, the point is, at worst the Rosenbergs only broke a statute. They did not deliberately subvert the very rule of law itself. Yet, they were executed.

Bush has done much, much worse. And, if the sad and tragic history of this nation is any guide, he will walk!

Cheney has always acted as if he is above the law.

Dick Cheney is Bush's Martin Borman, the power behind the throne. Of course, he and Bush believe they are exempt from Presidential Executive Orders.

Still, Presidential Executive Orders during the War on Terror can be used by the executive branch to further destroy the Constitution and our liberties.

Washington Post is running a four-part series on the insider's view of the OVP. C&L and Americablog have links, but I saw it first at Think Progress.

All the Vice President's Men

These articles really paint an ugly, ugly picture of Cheney, not that that requires any effort.

Sad, the 2 Wapo pieces were rivetting reads. Interesting to note the way David Hicks was featured in the scheme of things. I get the feeling that by the time the fourth and final article appears, the slow-to-get-mounted MSM cavalry, fortified by the grassroots groundswell, will at last have gathered the courage for an Impeachment Charge.

The GOP is staring down the barrel of electoral oblivion in 2008(how apt, in an NRA sorta way), despite the disenfranchisement of some 3 million legit voters in States where the GOP control the vote "count". Even a complete cretin could auger their imminent demise with a cursory perouse of the latest polls. President 26%.

Who amongst them will be called upon to render a "Team Brutus" actionable? In the nicest possible way and for the good of the Grand Old Party, of course.

One thing's for sure, the longer Team Imbecile occupy 1600 Penn., the more anxious We The People need to feel. With Jeffersonian Democracy and the future of our planet in play, the stakes couldn't be higher.

It's time to take The Dickster down.