Six years on: Amid a failed war and invasion, only 3 percent of Americans believe the US will bring Democracy to the Middle East 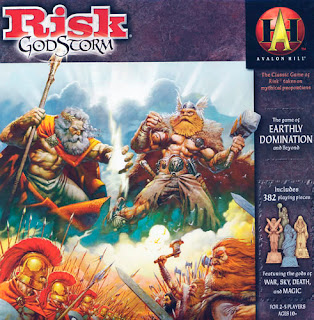 Some six years after 911, terrorism itself has gotten worse as Bush has mired this nation in an illegal occupation in Iraq, in fact, a war crime.[See: Terrorism is Worse Under GOP Regimes] The "war on terrorism" is a failed boondoggle by a party that specializes in boondoggles, a party of pork, platitudes and perpetual war. At home, a mere 29 percent of Americans believe the United States is winning the war on terrorism, and, according to Foreign Policy magazine, 60 percent of Americans now believe that the attack and invasion of Iraq was a mistake. According to a BBC World Service survey 60 percent of Americans want the US out of Iraq! I have yet to read a poll, however, that accurately measures the palpable, growing rage in response to an unaccountable and out-of-control "Presidency".

U.S. forces in Iraq should be reduced significantly, according to a new study on Iraq's security forces that inflamed debate in Congress on how quickly that can happen without hurling the country into chaos.

The report, authored by a 20-member panel comprised mostly of retired senior military and police officers and led by retired Gen. James Jones, said the massive deployment of U.S. forces and sprawl of U.S.-run facilities in and around Baghdad has given Iraqis the impression that Americans are an occupying, permanent force.

Accordingly, the panel said the Iraqis should assume more control of its security and U.S. forces should step back, emboldening Democrats who want troop withdrawals to start this fall.

Gen. David Petraeus, the top U.S. commander in Iraq, said he will recommend to Congress on Monday a gradual reduction of forces beginning in the spring and acknowledged that the slow pace of political solutions in Baghdad had frustrated him, The Boston Globe reported.

--Associated Press, Study: US Should Lower Profile in Iraq, by Anne Flaherty

At the heart of American discontent is a "failed surge", which Bush embarked upon against the advice of a much touted Iraq Study Group. At the heart of the US discontent is the feeling that whatever unspoken goals Bush may have had, more worthwhile goals will not be achieved. Only 5 percent of Americans believe that al Qaeda will be weakened; only 3 percent believe the US will have brought Democracy to any part of the Middle East.

Why do Americans continue to die in Iraq? The surveys by Foreign Policy and others measure attitudes about perceived progress toward stated goals. The most obvious explanation for US failure is that Bush did not invade Iraq to achieve the goals about which people are polled.

Bush invaded Iraq to achieve a hidden agenda that he dare not tell the American people. Oil! 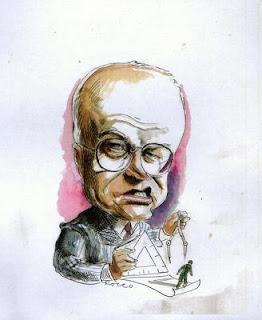 Only 12 percent of Americans believe that if the US pulls out of Iraq, terrorists "will follow us home". But the situation in Iraq continues to deteriorate. A dramatic loss, in war as in chess, is defined by ever diminishing options. Bush options now approach a theoretical zero. Just as a point at which a tangent may touch a curve is described accurately only by its co-ordinates, Bush is down to the no man's land between staying and a ignominious withdrawal.

In Bush's adolescent mentality, the world is a board game and the American people are merely tokens to be pushed around on a card board map. He has conducted his presidency frivolously, as if playing a game of Risk, the object being to conquer the world, acquire territory, defend it against opponents. To withdraw is to be "followed home". In this context, the words of a Buzzflash editorial of September 24, 2001 seem prophetic.

It was an ill-chosen word that fed right into the fears of the Islamic world that the Christian West was once again coming to vanquish and slay the "infidels." The Crusades occurred from the 11th through 13th Centuries as thousands upon thousands of Muslims were slain in an effort to recapture Jerusalem. The tragic irony, of course, is that the Pan-Islamic vision of Osama bin Laden and his extremist clerics present the mirror image of the Crusades: an Islamic jihad aimed at bringing about the downfall of the Judeo-Christian West -- and to rescue the "Holy Land" from the Christian infidels (for example, American bases in Saudi Arabia). Bin Laden, as we know, maniacally considers all Americans and "Crusaders" as fair targets for murder.

Although the White House apologized for Bush's evocation of the "Crusade," the propaganda damage had already been done. If we are simultaneously trying to crush extremist Islamic terrorists while minimizing the possibility of the Middle East and parts of Islamic Asia from exploding in an armed uprising, then Bush's use of the word "Crusade" was like tossing a match onto a tinder box when the use of a fire extinguisher should have been the rhetorical tool of the day.

I've played a bit of chess, enough to recognize an exposed King trapped on his own back rank. Checkmate in one move! That's how I once beat a grand master, the only high point in my chess career. He was careless and I was lucky. Bush is careless and now makes his own bad luck. He has no more moves and doing nothing is a certain loss.
Rumsfeld: "There isn't any debate about it!"
US Soldiers Taunt Iraqi Children
Additional resourcesDiscoveries

Yes, most people know longer believe in the War on Terrorism, as it should be. They also have many questions on 9-11, which you have so eloquently discussed before.Also from what I have read, the majority of people want us out of Iraq, and realize it was all about the oil.

Digg has a stupid article about whether or not Bush "believed" Saddam had WMD. At this point, I don't give a shit what Bush believes or doesn't believe. But, there are still deluded folk at DIGG who think if Bush truly, sincerely "believed", then the war and the mass murders are okay dokey and, if Bush truly and sincerely "believes" then he will go to heaven.

The earth has become a psycho ward.

Andrew Tilghman has a great piece on the role of al Qaeda in Iraq (AQI):

How big, then, is AQI? The most persuasive estimate I've heard comes from Malcolm Nance, the author of The Terrorists of Iraq and a twenty-year intelligence veteran and Arabic speaker who has worked with military and intelligence units tracking al-Qaeda inside Iraq.

He believes AQI includes about 850 full-time fighters, comprising 2 percent to 5 percent of the Sunni insurgency. "Al-Qaeda in Iraq," according to Nance, "is a microscopic terrorist organization."

So, there you go. All this hype for nothing.

Counterbalancing that intelligent and useful article is this horrific piece of propaganda, lies and misdirection from Michael Ledeen:

Lopez: Why should I think "Iran" when I hear "al Qaeda"?

Ledeen: Because they’ve been working together since 1994, and we are now up to our uvulas in evidence showing Iran’s support for al Qaeda in Iraq. The 9/11 Commission — as Tom Joscelyn has written for years — found striking evidence of the al Qaeda/Iran partnership, starting with the sensational discovery that Imad Mughniyah, the operational chief of Hezbollah, was on the plane that took some of the 9/11 terrorists out of Saudi Arabia, en route to the Twin Towers and the Pentagon.


Lopez: So does bin Laden and crew work for Iran? Have they always?

Ledeen: I don’t know about "always." Certainly they have worked closely with Iran for quite a while. I think the Iranian domination of al Qaeda started when we destroyed al Qaeda in Afghanistan. The key leaders ran to Iran and have mostly been there ever since.

It makes you want to sign up with the NRA and reach for a gun.

al Qaeda in Iraq, I am sure, was coined in a GOP focus group. It has that stench about it. I would like to see some hard evidence that al Qaeda exists, let alone that it constitutes anything more than a token presence in Iraq. And, even if that were true, GOPPERS will be hard pressed to explain WHY al Qaeda is there if not to exploit the fact that by being there in the first place, the US has made of themselves easy targets.

Bush is stupid. The man who read "three Shakespeares" and a Camus over a single weekend, knows nothing of world politics and less about military tactics. The US became corrupt, arrogant and lazy. It could simply overpower any "enemy" with "firepower". NO BRAINS NECESSARY!

It would behoove the idiots in the Pentagon and especially THE idiot in the White House to brush up on some basics, primarily, if a combatant has overwhelming firepower, the opponent will use "guerilla tactics" by neutral observers, "terrorism" by the "enemy".

Interestingly, the British had much more right to be in "their" colonies than the US has right to be in Iraq. Given that fact, Iraqis are justified in using any method to expel an aggressor. And --clearly --the US is the aggressor.