How Much Was Fox Paid to Shill Bush's War Crime in Iraq? 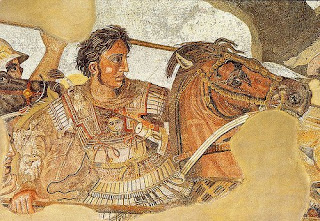 The Fox network conspired with Bush's criminal regime to profit from the US plunder of Iraq. Fox was and will continue to be Bush's 'propaganda ministry' for as long as there is money to be made depicting dead Iraqis who had nothing whatsoever to do with 911. 911 was an inside job.

Who is most motivated to lie about a crime? Simply, the guilty! The biggest lies about any crime are told by those who perpetrate the crime. Fox was clearly motivated and, predictably, told the biggest whoppers about both Iraq wars. The biggest gains and the biggest whoppers are found among Bush, his co-conspirators and the Fox Network. Murdoch should be subpoenaed and compelled to testify before a federal grand jury. He shares Bush's guilt and that of the GOP, the NEOCONS, and willing, eager participants throughout the MIC.

Millions now support the prosecution of Bush for war crimes and mass murder. But what of his enablers and co-conspirators? What charges should be brought against the murderous liar --Rupert Murdoch --the modern incarnation of Hearst? How many members of the Fox board, how many executives, how many on-camera shills conspired with Bush to spread the bald-faced lies that made mass murder 'photogenic' and, therefore, palatable to an American society hooked on images of things and bodies blown up?It boils down to a legal term: quid pro quo --the word given a 'transaction', an agreement that an item or a service is returned for something of value. Certainly, throughout Bush's war of aggression against Iraq, a war crime in which some 4000 US service personnel were sacrificed upon a bald faced lie, the relationship between Fox and Bush has been symbiotic and conspiratorial.

Fox is thus motivated to convince you that 'conspiracies' do not exist though hundreds, perhaps thousands of SCOTUS decisions have to do with conspiracies of one sort or another. There is a body of 'conspiracy law'. That such decisions exist does not prove the existence of 'conspiracies'; it is, rather, the law that defines conspiracy.

There is probable cause that Bush and Fox achieved agreement upon a quid pro quo! Members of the Fox board of directors and key executives should be considered war criminals just as was Goebbesl during the Third Reich. There is probable cause to indict many FOX executives.
To be fair, FOX has not confined its venal reporting style to a decade that will be recalled as the era of Bush atrocities and war crimes! Fox was under investigation by the ITC (independent television commission) back in the 90s, specifically nine complaints by viewers of Sky Digital satellite, controlled by Rupert Murdoch. Fox's jingoistic support of Bush's war, however, begs to be investigated by a federal panel with the power of the subpoena, an investigation with teeth. It is of little consolation to millions of victims of Bush's war of aggression in Iraq that if Fox is found to have breeched ITC 'impartiality rules', it could be forced out! Simply --Fox does not give a shit. 'Forced out' is insufficient. The Mikado said: 'let the punishment fit the crime!' I want federal indictments!
Fox does not merely slant the news; it makes it up! Keith Olbermann and Robert Greenwald exposed the truth about Fox lies. If I were on a Federal Grand Jury investigating Bush's capital war crimes, I would demand that 'we' --the Grand Jury --issue subpoenas to Fox execs and Murdoch himself! We ask them --while they are under oath --just what is in it for Fox to make up news favorable to Bush! If Murdoch should fail to show up, we indict him for obstruction of justice. We turn Murdoch into a fugitive from justice and the rule of law. Prosecute his sorry ass. Subpoena him. Compel him to ask tough questions under oath.

What, for example, was Fox paid to orchestrate billions of dollars in 'free' publicity in support of Bush's war crimes in Iraq? To what 'quid pro quo' did Fox agree for its support of an oil war known to be extremely profitable for the Military/Industrial complex? Armaments manufacturers 'get paid' for supporting wars of aggression and other war crimes! I want to know how much the blood suckers in the media get paid for their share of the kill! I want to ask Rupert Murdoch how he benefits personally by presiding over a news organization that when it is not making up the news lies about it. I want to know what's in it for Murdoch.
A timely subpoena might cough up thousands of emails revealing how Fox conspired with Bush to defraud Americans and the world. There is a bigger story here than a single memo. What is Murdoch's specific connection to the Bush crime syndicate? Who got paid? When? And how much? Murdoch-owned Fox likes to think its cover 'patriotic'. Lies deliberately told to enable a traitor are themselves high treason! There is nothing patriotic about lying to the American people and the world in support of and on behalf of war criminals! There is nothing patriotic about conspiring to grease the wheels for Bushco's theft of Iraqi oil! There is nothing patriotic about sending US troops to die for Bush's vainglorious visions of conquest and oil theft. There is nothing patriotic about Fox's support of Bush's crimes, his disdain for the US Constitution and the Bill of Rights, documents that Bush was sworn to uphold but, instead, subverted! At market rates for production and air time, Fox's support was worth $billions$. FOX's foray into NFL football, for example, came at a price --almost 2 billion dollars. The move made upstart Fox a major player, right up there with CBS, ABC and NBC. Are we to believe now that Murdoch had simply given away valuable network air time to the likes of war criminals? Murdoch is not suspected of having compunctions. Murdoch is in it for the big bucks. A war on Iraq was surely worth $billions$ to Murdoch.
The 'Fairness Doctrine' came under attack during the Reagan years. By 1990, the FCC had abandoned many rules and procedures that might have prevented broadcasters from using and abusing their publicly licensed stations in service to blatant propaganda or ideology. This Reagan-era mania for 'de-regulation' made it possible for Murdoch to build an entire network around outright lies! The objective of the 'Fairness Doctrine' was, rather, the preservation of all points of view, a requirement enforced by an FCC mandate. De-regulation, however, eliminated guidelines for non-entertainment programming guidelines. The FCC justified it all with bureaucrat-speak. Fox was thus 'set free' to propagandize and brainwash! The era of the 'media whore' was ushered in. The biggest whore of them all? FOX! Without a 'Fairness Doctrine', media whores are free to prostitute themselves, subvert what had been the profession of 'journalism'. Advertising is, at least, honest in that it is possible to learn how much the big corporations pay for spots. Ads do no pretend to be what they are not. Not so the hidden sell-out, the lie behind 'fair and balanced'.
Bill O'Reilly --arguably the world's most obnoxious, repugnant liar and loud-mouthed blowhard --stated: 'Flat out lies should be confronted.' 'Confronted' is surely O'Reilly-speak for 'embraced'. 'O brave new world, that hath such people in it'!

Since the Iraq conflict began on March 20, Fox News has been on a mission to legitimize it. One problem for Fox's protracted apologia is that despite promises of evidence of current weapons of mass destruction (WMDs) by the Bush Administration, the evidence has been ambiguous at best. Unfortunately for the network, I’ve been keeping a scratch diary of their reports since the war began.Keep in mind that in the first three weeks of March, before the bombs started officially dropping, Fox was spreading all sorts of Pentagon propaganda. Iraq had "drones" that it could quickly dispatch to major US metropolitan areas to spread biological agents. Saddam was handing out chemical weapons to the Republican guard to use against coalition troops in a last-ditch red-zone ring around Baghdad. Given what we now know about Iraq, these reports seem to be laughable fantasies, but they were effective in securing public backing for the war. The following is a short chronicle of lies, propagation of lies, exaggerations, distortions, spin, and conjecture presented as fact. My comments are in brackets

"... stating that "marketplace solutions can be consistent with public interest concerns," [FN100] that "significant amounts of nonentertainment programming of a variety of types will continue on radio," [FN101] and that "stations will continue to present such programming as a response to market forces." [FN102] In the same proceeding, the Commission eliminated the requirement that stations conduct ascertainment studies to determine the problems and needs of their communities. [FN103] It dismissed concerns that free market competition would tend to limit broadcasters in their assessment of community problems to those of the economically significant segments of the community, [FN104] and left the methods of assessing community problems and needs to broadcasters' "good faith discretion." [FN105] In this proceeding, the Commission also eliminated its commercial guidelines, [FN106] stating that marketplace forces would more effectively curb excessive advertising [FN107] and that "[n]o government regulation should continue unless it achieves some public interest objective that cannot be achieved without the regulation." [FN108] [Pace University School of Law, Summer, 1990. Marc Sophos] Also [Deregulation] [Fairness Doctrine] [Fox Bias]The independent television commission is investigating nine complaints by viewers of the channel, broadcast on Sky Digital satellite, also controlled by Rupert Murdoch.Dale Steinreich, Fibbing It Up at Fox