Why Space Aliens Never Came Back to Earth 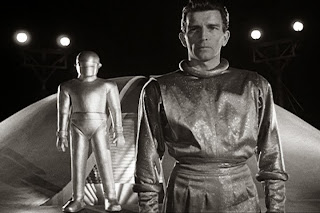 IF you think the politicians, the beauracrats, the asshole pundits in DC or NY et al, et al care about you --just REMEMBER VIET NAM!

Kent State, the Woodstock generation was a generation not afraid to take it to the streets, the campuses, the media! Alas --neither Democrat nor GOP administrations gave a shit! Viet Nam was in no way "improved" by U.S. presence; nor was it liberated by the sacrifice of thousands of young lives in a dank, fucking swamp.

I see little chance of improvement today, tomorrow nor several years down the road. The U.S. has squandered the seemingly endless resources for which they murdered entire Native American tribes. Even now --at this moment --the United States is on the very bottom of the list with the World's Largest NEGATIVE Current Account Balance (formerly called the Balance of Trade Deficit). China Owns US!

Or --as Charles Fort put it: "We are property!" He was right but got the "owners" wrong. He thought our owners were space aliens. Reality was and remains much simpler. We may have been better off if "space aliens" had been benign, all powerful and landed! Hello Klaato! Loved your movie. You should have won the Oscar and --to wow the crowd on Oscar night --beamed up to the "big mother" ship.

Interestingly --UFO sightings seem to have diminished to near nothingness over the last 60 years or so. I have a "theory": Aliens came, they saw, they were disgusted! They returned to whence they came and vowed never, ever to come back!