Has the GOP Inspired Prejudice about Texas? 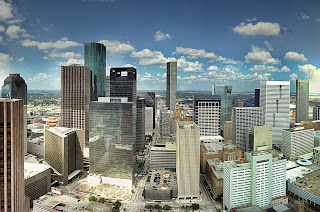 For some reason, millions of people who have never been to Texas persist in spreading lies, and misconceptions about the state, "dissing it" though they have never bothered to confirm their prejudices by actually visiting the state. Nevertheless --they are convinced or have convinced themselves that Texas is a horrible and backward place. How much blame must be directed at Bush for having destroyed the reputation of a state that had been Democratic or progressive for over one hundred years? 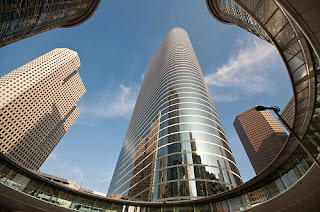 Texas is not a 'backwater'. Second only to California with a population of 26.1 million residents, it is, perhaps, the nation's most cosmopolitan state. In Houston, officially the nation's fourth largest city, you will find a population as least as diverse (perhaps even more so) than those of New York, Los Angeles or San Francisco. Having often visited all three of those cities, I suspect that that is the case.

The Houston Grand Opera is typical of the trend. Last time I checked, it was the nation's most honored Opera Company having introduced 43 world premieres and six American premieres since 1973. For its efforts, HGO has received a Tony Award, two Grammy Awards, and two Emmy Awards—the ONLY opera company in the world to have won all three honors.

Houston may very well be the nation's greenest large city. Large parks include the very large Memorial Park known for a network of hike and bike trails through virgin wooded forests. Hermann Park, between downtown and the Texas Medical Center, is somewhat smaller but equally green and equally popular with joggers, bikers and nature lovers. 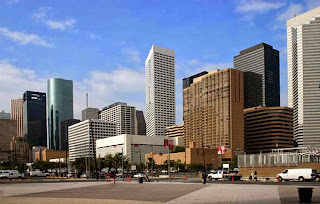 Hermann Park enjoys a choice location in the Museum District half-way between downtown and the Texas Medical Center, famous for having pioneered the science and art of heart transplant.

The famous/legendary Howard Hughes was hurrying "home" to the Medical Center but died enroute. I covered that story and was among the press when Dr. Michael DeBakey revealed to us that Hughes had died enroute.

Texas shares an international border with the Mexican states of Chihuahua, Coahuila, Nuevo León, and Tamaulipas.

My title asked the question: has the GOP inspired prejudice about Texas? YES! Dallas suffered as a result of the JFK murder though the city had nothing to do with it.  Houston has fared somewhat better though Bush Sr lived in a high rise just outside Loop 610 north of the famous Galleria. I can only say this about Bush Sr whom I knew: he was NO Texan. Nor his idiot son!

Here's the kind of information that you might find in a guide book. I offer it for what it is worth: 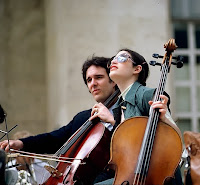 Dallas–Fort Worth and Greater Houston are the fourth and fifth largest United States metropolitan areas, respectively. Other major cities include El Paso and Austin—the state capital. Texas is nicknamed the Lone Star State to signify Texas as a former independent republic and as a reminder of the state's struggle for independence from Mexico. The "Lone Star" can be found on the Texas state flag and on the Texas state seal today.[9] The origin of the state name, Texas, is from the word, "Tejas", which means 'friends' in the Caddo language.[10]

Due to its size and geologic features such as the Balcones Fault, Texas contains diverse landscapes that resemble both the American South and Southwest.[11] Although Texas is popularly associated with the Southwestern deserts, less than 10 percent of the land area is desert.

Ruth Bader Ginsburg: Supreme Court Justices Should Stay If They're Able To Work 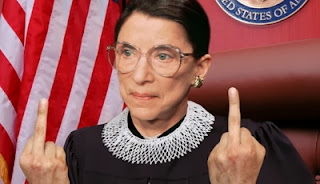 Some liberals have recently called on Ruth Bader Ginsburg to retire so that President Barack Obama can choose her replacement. At 80, she is the oldest justice on the court. Some fear that if she chooses to stay, a Republican succesor to Obama might nominate another A. Scalia. God help us! But Justice Ginsburg believes that Supreme Court justices should not be influenced by political assessments of a party's future prospects with respect to the court.

One of Ginsburg's shining moments came with the dubious ascension of one George W. BUsh to the White House. With respect to Bush v Gore, Ginsberg's decision was the best, better even than those who agreed with her. Scalia's decision was poorly written, his conclusions wrong and wrong-headed.
Not only that --Ginsberg was, I believe, outraged that the case had been "dumped" on SCOTUS. At the end of her decsion, she wrote simply: I DISSENT --not "I respectfully dissent" as is normally the practice.


Rarely has this Court rejected outright an interpretation of state law by a state high court. ...The extraordinary setting of this case has obscured the ordinary principle that dictates its proper resolution: Federal courts defer to state high courts' interpretations of their state's own law. This principle reflects the core of federalism, on which all agree. ...Notably, the Florida Supreme Court has produced two substantial opinions within 29 hours of oral argument. In sum, the Court's conclusion that a constitutionally adequate recount is impractical is a prophecy the Court's own judgment will not allow to be tested. Such an untested prophecy should not decide the Presidency of the United States.I dissent.