The GOP is Not a Political Party; It's a Crime Syndicate and Kooky Cult 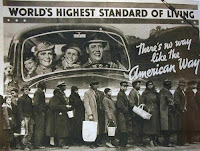 The International Cultic Studies Association lists the defining characteristics of a 'cult'. I fully agree with the 'list' and also the assertion that the GOP meets most of several atttributes, perhaps all characteristics that define the word 'cult'. 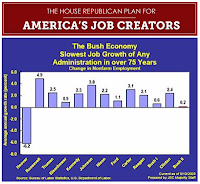 It has always been my belief --stated often on this blog, FB, 'The Opinion', NPR, and various other forums on the internet --that the GOP is not a political party. Rather, it has characteristics of kooky cults and an organized crime syndicates.

Someone posted recently that the two parties (Dems and Gops) are indistinguisable from one another. That's just not true and, if the media had done its job, that pernicious meme might not have taken root as it most certainly has! Clearly --it was the GOP which planted it and only the GOP has benefited from it.

I have many issues with the Democratic party but being GOP-lite is not one of them. For all their faults, 'being as bad as the GOP' is NOT among them. I can cite three essential and defining characteristics that distinguish Democrats from the cult of GOPism: Those fact are at the core of the Occupation Movement! A corollary is this: EVERY recession/depression since 1900 has occurred during a GOP administration and as a result of GOP policy.