Cure for terrorism may be worse than disease

The following article was originally broadcast on KPFT-FM (Pacifica) in Houston, Texas during Bush Jr's run up to war against Iraq. LEAD-IN BY HOST: Anyone who has ever read a campaign manual will recognize a typical tactic: dictate the agenda and change the subject when it is most advantageous to your candidate. The same tactic can now be found in the Bush Administration. Having gone to war by claiming Iraq had Weapons of Mass Destruction, the administration is now shifting the focus. The slogan du jour is now the "liberation of Iraq". Reporter Len Hart finds the origins of this tactic in Ronald Reagan's failed war on terrorism... 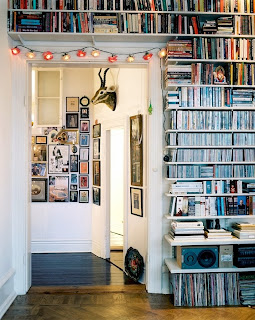 The global ambitions of the Bush regime are made easier by the widespread media dissemination of several myths which predate what Republicans themselves boasted was a coup d'etat in Florida in the year 2000.One of those myths --which plays into the hands of administration hawks --is little more than a pernicious lie: that Ronald Reagan waged an effective war against terrorism during his administration. Nothing could be further from the truth.Ronald Reagan's policies foreshadowed those of Bush. But as an opponent of "terrorism," he was completely ineffective. The standard must be the extent to which administration policies reduce the terrorist threat. That can only be measured by counting the number of such attacks.The public record is documented by the FBI and those numbers are published by the conservative Brookings Institute. During the Reagan years, the U.S. sustained an average of about about 18 terror attacks per year!By contrast, the number of such attacks against the United States during the Clinton years averaged slightly more than five per year! Put another way: terror attacks against the United States under Reagan were more than triple the nubmer of such attacks under Clinton.Clinton, however, is villified by conservative pundits and media for failing to wage a Reaganeque war on terrorism. One wonders: is it preferable to wage a war and fail to not waging a war and succeeding?Reagan's "War on Terrorism" was as much a cause as a cure for terrorism! The numbers prove that Reagan's loudly touted "War on Terrorism" was totally ineffective --a dismal policy failure if not a cover for the Iran/Contra hijinks in which Reagan, Oliver North, and most probably George Bush Sr. committed serious constitutional crimes while serving the interests of corporate sponsors and other rich special interests who feed like maggots upon lucrative defense contracts. Those contracts, not surprisingly, are always richer in times of "War".The media seems to have institutionalized fantasy, lie, and propaganda. Most of these media myths are simply fallacious, circular arguments. Consider the performance of Barbara Olson on Larry King live in which she stated that Gary Condit was guilty of murder -- not because there was evidence against him -- but because there was none!

By the time Bush began rattling sabres, the same fallacy was applied to Saddam Hussein --no evidence of weapons of mass destruction is simply evidence that he hid them or moved them out of the country. Most recently, however, Hans Blix is quoted by European media as saying that it is doubtful that any Weapons of Mass Destruction will be found in Iraq and that the administration most probably knows that. It is for this reason, Blix strongly implies, that the administration and thus the media are deliberately downplaying that issue in favor another misnomer: "the liberation of Iraq."