Why The GOP Occupied Texas 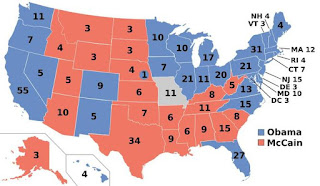 It only takes one crook/moron to ruin the reputation of an entire state. Yes --I am referring to George W. Bush though he is but one crook among many GOP crooks who 'stole' Texas back in the early 80s. The GOP plans ahead.

I tire of the 'fashionable' but baseless attacks on an entire state when for some 100 years, Texas had been liberal, often progressive. Now --there are some 'conservatives' among Democrats even today. But Texas Democrats were often liberal, progressive, activist and out-spoken.  A Texas liberal/progressive --J. Frank Dobie --was invited to lecture at Cambridge where he was a big hit.

Some facts: Over a period of more than 100 years (1846 to 1979) EVERY Texas governor had been Democratic. Most were liberal and/or progressive. The term 'progressive' is especially applicable to the Furgusons --'Pa' Furguson and later 'Ma' (Miriam) Furguson who served two terms. 'Ma' Furguson was fondly recalled by the older persons I met and talked with while growing up. She was among the state's best governors.

It was not until January 16, 1979 that Bill Clements --a Republican --occupied the Governor's office. His tenure is recalled for a GOP revolution primarily TOM DELAY'S GERRYMANDER of the state. The GOP were motivated to gerrymander Texas. Its growing population had earned the state some 38 electoral votes (the map pre-dates that, showing only 34)

I won't write any more than this as this topic is worthy of a book advocating the abolition of the electoral college. Under the Constitution, the office of President represents all of the people! Then ---why is the President NOT elected by the people? Why are their votes watered-down? What right have the states to insert themselves in the election of the People's President (not the states' president)?

It is tragic that the GOP has succeeded in convincing the rest of the world that Texas is a conservative backwater. Great schools with great academic credentials (Rice Univ, U of T, Univ of Houston, et al, et al ) suffer when the state is unfairly maligned as a result of misdeeds by George H.W. Bush, George W. Bush, Tom DeLay (who gerrymandered the state) Bill Clements and other right wing extremists whose ruthless ambition has victimized Texas in particular and the nation overall.