The War on Terrorism is a Racket! 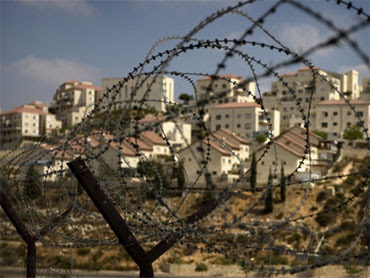 At the beginning of every fiscal year, the U.S. makes a lump sum payment of cold hard cash to Israel, a procedure not duplicated for any other nation receiving U.S. 'aid'. It looks like a payoff in response to a shakedown because that's what it is! What leverage, we wonder, is used by Israel on the U.S? The Carvellian quick response: terrorism! Terrorism is a racket! Israel exploits 'terrorism' to shake down the U.S. tax payer. Now we know why Israelis danced on 911.

Israel is among the world's richest nations. Nevertheless, Israel receives more U.S. tax payer money than any other 'single recipient' of what is euphemistically called 'U.S. aid', more, in fact, than all of Latin America, the Caribbean, and Africa combined. Though Israel is barely larger in population than metropolitan Los Angeles, Chicago or Houston, it receives more aid than two continents. Those areas include some of the poorest regions which receive much less U.S. aid than does wealthy Israel who clearly does not need it.

Then what does U.S. aid to Israel consist of? At the top of the list is, of course, the aforementioned cold, hard cash. Other 'aid' includes the weapons of war themselves.

The U.S. administration has notified Congress of the following proposed government-negotiated Foreign Military Sales (FMS) agreements, export licenses for industry-negotiated Direct Commercial Sales (DCS), or leases of military equipment to Israel. The Arms Export Control Act requires only that the administration notify Congress of FMS and DCS valued at $14 million or more. Sales below that threshold are not recorded here. --Arms Transfers to Israel: 1993 to Present

Former Secretary of State Shultz 'credited' Netanyahu for 'effecting a change in American policies on terrorism'. That's 'political speak' for 'Israel extorted billions of dollars in aid by raising the specter of 'terrorism'. Fear of 'terrorism' is responsible for the transfer of billions of dollars to Israel because the U.S. tax payer is brainwashed, literally trained to fear anyone with a tan wearing a turban. Terrorism is how the moneys 'given' to Israel are officially justified. What is 'terrorism' but the practice by the U.S. and its client state, Israel, to extort billions from U.S. taxpayers?

The set of deliberately misleading and discredited assumptions followed by the proponents of the War on Terror must be repudiated. The government is wasting 10s of billions of dollars, propping up this sham, in the wake of the enforced fearmongering that has crept in since 9/11. In return for the tax dollars that pay for blooding our hands, we had habeas corpus struck down, arbitrary “no-fly lists” are implemented, our government is perpetrating terror hoaxes on the people, and over 100 Canadian soldiers have died fighting what Stephen Harper admits is an unwinnable war.

Despite the obvious ill effects on society, the tenets of the GWOT are still off-limits for inquiry, or you are a ‘troofer’ and subject to derision and ridicule. It doesn’t matter that you are speaking truth. Ask Lesley Hughes.

Canada seems to be under the ideological and political grip of a foreign power, that is leveraging control over Canadian parties and politicians. Many powerful Israeli lobby groups operate in Canada bending the government’s ear to the Isr-elis.

They need the pretense of the “existential threat” to Western Civilization represented by Arab terrorism to justify what was a long-standing plan to invade the middle east. Thus, we are following a set of deliberately misleading erroneous assumptions that have manipulated us into war.--Origins of the War of Terror: Bush, Netanyahu and the CIA

It was in 1979 that Netanyahu organized an international conference against terrorism, under the auspices of the Jonathan Institute — a private foundation dedicated to the study of terrorism. Hard to believe that it was not the very purpose of that 'foundation' to frighten the U.S. into coughing up the billions for Israel which habitually milk the U.S. tax payer. Yet recently, Netanyahu is said to 'defy' the U.S. over Israeli settlement policies that have clearly destabilized the Middle East. See: Netanyahu defies U.S. over Jerusalem settlement

Leo Strauss, the so-called 'intellectual' godfather of neo-conservativism, believed that neocons ought to 'lie' to the unwashed masses because, it is said, they 'can't handle the truth'. Well --the truth is Benjamin Netanyahu believes he owns the NEOCONS. Tails wag dogs. I say: a pox on both their houses. Israel should be 'cut off' now. No gradualism, no time for therapy sessions! Cut them off now and balance the budget with the savings. (BTW, the last balanced budget was in a Democratic Regime)

The prime minister's speech last night returned the Middle East to the days of George W. Bush's "axis of evil." Benjamin Netanyahu delivered a patriarchal, colonialist address in the best neo-conservative tradition: The Arabs are the bad guys, or at best ungrateful terrorists; the Jews, of course, are the good guys, rational people who need to raise and care for their children. In the West Bank settlement of Itamar, they're even building a nursery school. No empathy for the refugees from Jaffa who lost their entire world, not a word for the Muslim connection to Jerusalem - neither a fragment of a quote from the Koran, nor a line of Arabic poetry.--Netanyahu and a Return to the Axis of Evil

Category of Terror
Posted by Unknown at 10:56 AM 12 comments: