I am in a cranky mood!

C'mon Obama! Take the gloves off! Obama did not mention several issues that may be found in his own ads. Why not hit Romney with the infamous '47 percent'? Obama could have beaten Romney with his own words. Obama could have held Romney to his his own failed 'standard'. 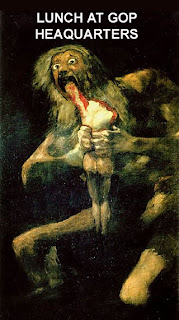 Obama might have, could have disproved the utter and often meaningless crap that passes for speech these days. Obama might have hit Romney on the issue of the many jobs Romney cut at Bain. Will Democrats never learn this lesson: put the GOP on the ropes or let them hang themselves with GOP absurdities, lies and significant omissions?

Whomever really 'won' the first debate no longer matters. The issue is about the effect it's had on Romney's billionaire buddies who are now prepared to BUY the office for a moron and co-conspirator.
Romney is reported to be collecting money from his millionaire donors "hand over fist". Unless Democrats reach down deep, the race could turn around and elect an UN-ABASHED SHILL for the ruling elites. Latest polls put Romney within one point in Florida (47-46) and just two in Virginia (48-46s).

It would not be this close but for the money factor. Until that issue is addressed, Americans must live under an oligarchy at best, a dictatorship of the 1 percent at the very worst.

While the GOP, kowtowing to the desires of the ruling 1 percent of its creation, poses a clear and present danger to the rule of law, the rights enumerated in our Bill of Rights, the rights of everyone who must, of necessity, work for a living, the rights of those would dissent and protest the right wing destruction of the values of our founding.

The rights of those who wish to work honestly for their living are likewise threatened by the documentable export of jobs during every GOP administration, the export of jobs that are, in fact, the RESULT of GOP policies. And --no --assertions that there are no differences between the parties is (politely) uninformed; and less politely, it's stupid. Democrats who stay at home believing Obama is at fault might as well wait in vain for a Messiah to come again or a Klaato to beam down out of a space craft. Rather than waiting for a 'bailout', I urge Democrats and/or progressives to assume some responsibility and, at the very least, show some initiative.


This is, in a nutshell, the core problem facing liberals. Those who wish to become activists need to direct their energies to dismantling the corporate special interest system and restoring greater equality of income.


--Steve Kangas, The Origins of the Overclass

If the GOP did not invent the sellout, this ongoing auction of the U.S. to the ruling elites, they might as well have. This 'sellout' has enslaved U.S. citizens and, at the same time expects them to pick up the tab for their military adventures on behalf of the obscenely wealthy.

In the meantime, the American people are brainwashed by big media. That's by design. Why do you suppose the Reagan administration worked tirelessly to abolish, perhaps erase the memory of the FAIRNESS DOCTRINE?

Why do you suppose that the ownership of media is concentrated in the hands of some five or six huge conglomerates? Was this decreed by God? Is this the result of 'natural selection', good genes, or is it a product of the Big Bang. No --it was the planned result of the Reagan attack on the Fairness Doctrine specifically and, in general, every provision of the Communications Act of 1934.
The internet has proven NOT to have been effective in countering the well-oiled, well-heeled right wing money and propaganda MACHINES.

What Will We Make of Earth? Heaven or Hell?

We have known about threats to planet earth for years if not decades! Possibly even longer! And NOTHING is ever done to restrain rapacious assaults on the only environment that we will ever have; nothing is done to slow the increases in the consumption of fossil fuels; nothing is ever done to preseve the integrity of habitats, estuaries et al; nothing or very, very little is done to improve air quality as a result of a rapacious consumption of fossiul fuels, the use of oil derivatives in motor vehicles or the alarming rate with which we destroy habitats on the land and throughout the world's oceans --the ONLY oceans that we will ever have. 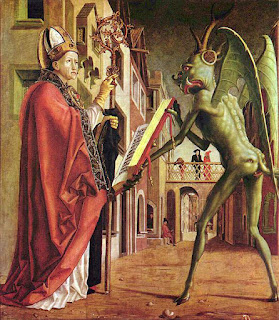 Bottom line: we MUST enact and abide by 'Limits to Growth' --the topic of a conference that was held in the 'Woodlands' near Houston.

At this conference, scholars, environmentalists, economists as well as representatives from some of the world's major oil companies met and discussed nothing less than the future of planet earth.

I covered this early (if not their first such meeting) for a Washington D.C. based journal: "Energy Users Report". Following is an excerpt from one of the papers that had been submitted:

Unrestrained production, assumed desirable and feasible in the belief system underlying unrestrained growth, depends on and encourages unlimited rising expectations. In turn these lead to increasing numbers of conflicting demands on organizations (a) to be responsive by producing more goods and se)-vices, and (b) to be responsive to the adverse consequences of that growth. (Production and product-produced pollution are obvious examples.) Particularly distressing and complex are the demands growing from life conditions in the third and fourth worlds since the gap between them and the first and second worlds is almost certain to continue to grow in the absence of an interpretive context premised on interdependence in a finite world. Such conflicting local and planetary demands generate more information, and require attention to more information,if organizations are to be responsive. This, of course, increases information and decision over-load and is likely to lead to comparatively less responsiveness because comparatively more information. needed for discriminating responses, would be screened out or ignored.

The myth that production can be indefinitely increased also encourages tendencies toward splintering and the establishment of autonomous groups and activities. That is, ifthere need be no limits on matter and energy each dissenting group will feel encouraged to go its own way. “do its own thing”, believing it can be self-sufficient and feeling little need for interdependence or to be concerned for the welfare of others. Others can “get theirs” bv also tapping into the gravy train via the time-tested means for flourishing in a capitalistic or socialistic economy.

Autonomy and differentiation, operating in and stimulated by the absence of a shared set 01‘ values and rules of conduct. will Icad to continuing challenges to legitimacy: each group will be devoted to its interpretive context and to the specification of factual importance justified by its values.

--On Growth and the Limits of Organizational Responsiveness, DONALD N. MICHAEL

This dates to the middle 70s! Essentially ---we knew then what we know now: Earth is finite and dying! As nothing seems to have been done to prolong our planet's life, the question remains: are we resigned to sitting back, pointing fingers and, in other ways, refusing to accept responsibility for the fate of the ONLY planet that we have ever known or inhabited, the ONLY planet that any of us will ever call 'home'?

A 'bail out' is simply not a part of the equation! We do not have that luxury! Where would a 'bail out' come from? Heaven? The only world of which we have intimate knowledge is Earth. And it is on Earth that we must make a heaven or create hell itself!


Sydney Poitier Reads Plato's "Allegory of the Cave"
Posted by Unknown at 9:42 AM No comments: 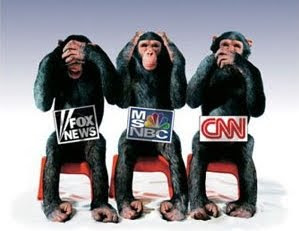 by Len Hart, The Existentialist CowboyThere is --unfortunately --NO middle ground in a two-party system. There is no compromising with evil. The fact is the GOP is the enemy of the middle class; it is, in fact, the party of 'make war and share the booty with the cult of the ruling elites". Put another way: the GOP is the party of 1) WARS FOR BOOTY 2) WARS which benefit ONLY the ruling elites. The Romney-Ryan-Republican plan in a nutshell:FACE THE FACT The United State is not nor has it been for some time a NET EXPORTING NATION. The U.S. no longer markets its products abroad; the United States no longer makes a living. Rather --the U.S. makes a KILLING by waging wars of naked aggression which benefit ONLY the Military-Industrial Complex and a ruling elite class to whom our nation is economically enslaved. Tax cuts benefting ONLY the ruling elite has very nearly wiped out the middle class. The millions who still believe in the middle class and/or 'fair play' MUST organize at the grassroots now. Otherwise, the GOP will BUY ITS way into power with a flood of million-dollar checks from the Koch brothers.Also see: U.S. workers stand against Mitt Romney model of outsourced jobs

REPUBLICAN'S WAR AGAINST THE MIDDLE CLASS AMERICAN
Posted by Unknown at 3:43 AM No comments: