Mitt is Either WRONG or LYING; Corporations are NOT People and SCOTUS Cannot 'Create' Them People! 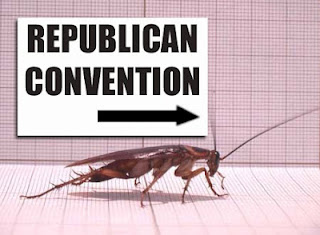 Mitt Romney seemed very precise: "Of course, corporations are people, my friend!" His argument is as follows: corporations are made up of people; ergo: they ARE persons themselves. That's not only fallacious (of course), a BAD RE-WRITE of Thomas Hobbes who described a Leviathan --a state comprised of the people in it. Not even Hobbes would have dared to say that the state IS a person! Being comprised of people is not the same thing as being a person. The philosophical literature with respect to class theory, symbolic logic, logical positivism, et al, et al is venerable. It consists of great and classical works from Plato to Russell, from Aristotle to Wittgenstein, Hobbes to Ayer. None of them confused a "class" with its members. None of them confused the passengers with the bus that carries them! As a person, I am made up of millions of cells, each of which replicate my DNA to some degree. But to say that EACH cell IS "ME" is absurd, if not insane! What if I should prick my finger and I lose some blood? Have several hundred thousand people died? Of course not!Romney defends his implications because money "...gets into people's pockets" by way of companies. So what? That does not make them people! But more importantly, his argument is the crude inverse of the "labor theory of value" which is espoused by most (if not all) legitimate economists. The issue is ultimately: who creates value? What about those people not employed by the corporations about which Romney spoke? Are they NOT people? In Romney's view, taken to its logical conclusions, one must work or indenture him/herself to a corporation in order to be a person! Absurd! If Romney's logic were valid, LABOR UNIONS would be people because "people" belong to it! Wager: Romney will make a convenient exception. He will deny that LABOR UNIONS are people though the case on behalf of labor unions is a much better than than Mitt's case for "corporations". [See: If Corporations are people, then, perhaps Labor Should Become a 'Person'] I know of no law that would prohibit any organization from "incorporating". I suggest that labor unions "incorporate". If that is done, then corporations would have no choice but to recognize the union. Let's consider Mitt's analogy in this way: if it were true that every cell in my body is a 'person', anyone cutting off my finger is not only guilty of assault and battery but the COLD BLOODED murder of millions of little, micropscopic 'ME's". Being a 'person' occurs by virtue of being born of two members of the species: homo sapien! That is not the case with a corporation, any corporation, a corporation of any type! Simply, real persons are, by definition, born of other 'persons'! By contrast, a corporation is, by definition, a charter, filed with a Secretary of State (most often Delaware); the charter outlines the corporate structure, lists the major officers and describes the 'type' of 'incorporation in legal terms. It is a NOT a person but simply a contract listing the major stockholders, summarizing the management and delegating various responsibilities. When a corporation is given birth to by a woman as a result of her doing what human beings (persons) have done for thousands of years, then I might concur that corporations are persons. That will happn when pigs fly. And pigs WILL fly when I vote for a moron like Mitt Romney. In the meantime, I suggest Mitt...Meanwhile --corporations are NOT and never will be "people'!
Posted by Unknown at 10:46 AM 11 comments:

How Progressives Can Take Back America

Many 'progressives' who voted for Obama expected a 'savior'. There are none! The best strategy left to disappointed progressives is to take back the party many believe abandoned them. I was among those who believed Clinton should have taken a stronger stand in defense of liberal and/or progressive values. I despised 'triangulation'. 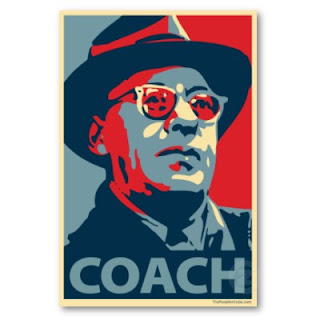 My biggest disappointment was Janet Reno's attack on the Branch-Davidians in Waco, an unlawful attack violating federal and state laws --most egregiously --the presumption of innocence and every due process clause known to exist anywhere at any time to include the 14th Amendment

No state shall make or enforce any law which shall abridge the privileges or immunities of citizens of the United States; nor shall any state deprive any person of life, liberty, or property without due process of law; nor deny to any person within its jurisdiction the equal protection of the law.--U.S. Constitution, Bill of Rights.

The best strategy available to progressives now is not to create another party but to take back an existing party apparatus --the Democratic party. It will take years to mount an effective third party whose best hope would consist of 'brokering' a deal with more conservative wings of the only organized opposition to the GOP i.e. the Democratic party.

Progressives' best chance for changing the fascist direction taken by American politics may be found in a book that was, in fact, appropriated if not usurped by the GOP. I have in mind one Saul Alinsky whose 'Rules for Radical', written for a liberal, left leaning movement owing much to FDR and war opponents like Eugene Debs.

Interestingly, it is the GOP which has made more effective use of the strategies and tactics than have liberals or Democrats for whom 'Rules for Radicals' was written. It is cited in GOP campaign manuals, practiced in almost every campaign. I have personal knowledge of that, having acquired a few GOP 'campaign manuals' at a time when Tom DeLay was building a conservative machine while gerrymandering the state of Texas.

Alinsky advises 'activists' to work inside the existing system, to utilize the existing networks and/or infrastructure. Starting from scratch is inefficient, time consuming, wasteful of time and resources. Democrats have an infrastructure in place already. Use it! As ALINSKY himself said:

"There's another reason for working inside the system. Dostoevski said that taking a new step is what people fear most. Any revolutionary change must be preceded by a passive, affirmative, non-challenging attitude toward change among the mass of our people. They must feel so frustrated, so defeated, so lost, so futureless in the prevailing system that they are willing to let go of the past and change the future." --Saul Alinsky

If 'liberals/progressives will not heed and benefit from a 'legendary' liberal organizer/activist like Alinsky, I have a slim chance of waking them up! If the 'left' insists upon walking off a cliff there is little anyone can do for them.There is now, however, an opportunity to be seized. Whatever your feelings about the Bush occupation of Iraq, the political fact of the matter is that millions of Americans seemed to have bought into the many lies that the right wing told in order to justify the massive theft of oil resources in the Middle East.

The invasion of Iraq, we were told, was part of the bigger 'war on terror' (more properly, 'terrorism'). Bin Laden was the boogeyman upon which were directed the fears and prejudices of much of the population and especially the right wing which wanted to believe. For Bushco, they were an easy sale!Recent events have turned the Bush strategy on its head! This is a paradigm shift rarely seen in American politics in which a right wing and a left wing had dug their trenches and had begun a long seige. In just a few short days, the news that Bin Laden had been killed --NOT on Bush's watch but by a Democratic U.S. regime --has shaken the GOP to its rotting foundations.

There is really very little the GOP can do but praise the efforts of a Democratic President. It must hurt! My heart bleeds!There are, therefore, opportunities to change the very complexion of U.S. politics but only if progressives work with the existing Democratic infrastructure.

Through a process combining hope and resentment, the organizer tries to create a “mass army” that brings in as many recruits as possible from local organizations, churches, services groups, labor unions, corner gangs, and individuals. Alinsky provides a collection of rules to guide the process. But he emphasizes these rules must be translated into real-life tactics that are fluid and responsive to the situation at hand.

Rule 2: Never go outside the experience of your people. The result is confusion, fear, and retreat.Rule 4: Make opponents live up to their own book of rules. “You can kill them with this, for they can no more obey their own rules than the Christian church can live up to Christianity.”--Saul Alinsky, Rules for Radicals

With the capture of Bin Laden, the GOP found itself without its erstwhile raison d'etre --the war on terrorism!
Posted by Unknown at 2:03 AM 2 comments: