Support Wikileaks; I am Yelling Fire in a Crowded Theater! 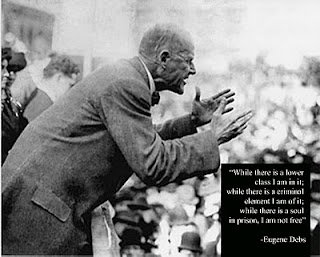 The U.S. will try to prosecute Julian Assange under laws that violate the First Amendment to the U.S. Constitution, laws that were absurd when the U.S. entered World War I and more so now. These are laws that prohibit you from telling the truth about the U.S. government; these are laws that make it a crime to exercise your conscience. Thus, these laws are, by definition, tyrannical.

Let's put aside the myth that we are guaranteed 'Freedom of Speech' in the U.S. Certainly, the Bill of Rights to the U.S. Constitution makes such a guarantee but, in practice, we are often denied that right, most notably when it is the government that is sure to be embarrassed or exposed by the mere exercise of free speech. That is the case today! The U.S. Government has threatened to prosecute Julian Assange for violating the U.S. Espionage Act of 1917 and the Sedition Act of 1918, the law that progressive labor champion Eugene Debs was accused of violating when he dared to oppose U.S. entry into World War I. The world's biggest idiot --Sarah Palin --has irresponsibly called for the assassination of Assange.

The legislation enacted in 1918 is commonly called the Sedition Act, actually a set of amendments to the Espionage Act.

The Espionage Act made it a crime to interfere with the war effort or with military recruitment or to aid a nation at war with the U.S. The Sedition Act extended its provisions to cover a broader range of offenses, notably speech and the expression of opinion that cast the government or the war effort in a negative light or interfered with the sale of government bonds. One historian of American civil liberties has called it "the nation's most extreme antispeech legislation."[6] Those convicted under the act generally received sentences of imprisonment for 10 to 20 years.[7]

The law prohibited MANY forms of speech.

This law is absurd on its face, a clear violation of the First Amendment to the U.S. Constitution. It is so overly broad, merely criticizing it, as I have done, probably violates it. It is not the function of government to make criminals of its best citizens. It is the job, the duty in fact, of government to protect the rights that, of late, it seeks to suppress. It is the function of government to guarantee that future Julian Assanges will not be prosecuted arbitrarily for purely political reasons or to avoid prosecutions themselves! As Eugene Debs was unfairly convicted of violating a bad law, an 'unconstitutional law', Julian Assange will, likewise, be falsely accused of 'yelling fire in a crowded theater'! 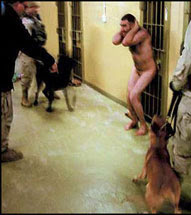 I am of the opinion that at present, when the U.S. empire is illegally embroiled and mired, when the military of the United States has proven its corruption to the entire world, when the armed forces of the U.S. have been videotaped in acts of atrocity and otherwise exposed to have committed numerous war crimes to include tortures resulting in death, mass murders of civilians (captured on video tape), when the criminal nature of numerous U.S. occupations, aggressions, incursions most of which violate every international treaty to which the U.S. is signatory it is unconscionable not to yell 'fire in a crowded theater!!

The law is overly broad, meaningless, clearly intended to silence the very opposition that the First Amendment was intended to protect; it places arbitrary limits on political speech based upon the prejudices of those in office. The government has proven time and again that it is not concerned with the letter of the law, breaking the law overtly when it is to its advantage and prosecuting the laws if it is you that is accused!

The government is concerned only because the information that has been leaked to Julian Assange can prove that the U.S. has become --in fact --a rogue nation whose leaders habitually flout international law to which the U.S. is signatory. The U.S. does this with impunity and threatens opposing nations with war, opposing individuals with prosecution.

The U.S. has not merely countenanced atrocities in Iraq and elsewhere but has ordered and sanctioned them! What we need is not another witch hunt by bureaucrats in an illegitimate and increasingly arrogant, imperial government; we need, instead, a responsible government which understands that the first responsibility of the law is the protection of the sovereign, i.e the people. Elected officials and bureaucrats are not the government; they are not the 'sovereign'. They are, in fact, mere hired hands and had best understand that fact! It is the Constitution itself which establishes as a matter of law, fact and practice that it is the people who are sovereign! Anyone doubting that should consult any competent, brief history of the Magna Carta!

Justice Holmes was wrong about yelling 'fire in a crowded theater'. It was and remains a false analogy! If the theater really is on fire, it is unconscionable not to yell fire. To deny one the right to oppose war --as Supreme Court Justice Oliver Wendell Holmes denied Eugene Debs --is a recipe for military dictatorship. Eugene Debs' 'crime' was that he dared to speak 'truth to power' by 'unlawfully' opposing U.S. entry into WWI. The real reason Debs was targeted was that he had not been fooled by those who benefit from war and for whom the lives of ordinary citizens are sacrificed! For the same reason, the U.S. GOVT is dead wrong to try to prosecute Julian Assange whose only crime may be the unforgivable one of exposing U.S. criminality, imperialism, arrogance, and, in some cases, incompetence.

To Julian Assange have been entrusted numerous 'files' which will most certainly prove to the world the clear and present danger that is posed by the architects of U.S. imperialism. The record speaks for itself but the files may speak louder, clearer. The files will prove that there really is a fire in the theater. There really is a clear and present danger to peace throughout the world, a danger that is posed to it by U.S. arrogance and imperialism benefiting an increasingly tiny elite, in the U.S, just one percent of the nation's total population.