How the Ruling Elite of 1 percent Became the 'Ruling' Elite and What to do About it! 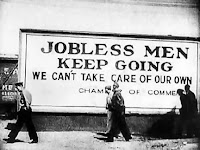 by Len Hart, The Existentialist Cowboy
The Obama admin should re-read Keynes! The GOP has practiced a policy that is 180 degrees out of phase with Keynes and, as a result, an increasingly tiny elite of just 1 percent owns it all! Millionaires, BILLIONAIRES who invest their 'tax cut windfalls' have never, ever stimulated the economy; NO GOP tax cut has ever created a single job let alone stimulated an economy.

The fact is: in every instance, every GOP tax cut has been followed by a recession/depression and higher unemployment accompanied, most often, by negative job growth and negative GDP growth. In numerous previous articles, I have posted the official stats, the government's own stats that prove that! The Keynesian solution is NOT the GOP solution. And the GOP 'solution' is NOT a solution but may be a calculated lie!

The Keynesian solution would put monies into the hands of those will will use it, spend in ways that stimulate the economy. That this outcome has never followed a GOP tax cut tells me that the ruling 1 percent --which alone benefit from GOP tax cuts --are not investing in the U.S. Rather, they are squirreling away their riches in offshore bank accounts, tax dodges, i.e, 'instruments' which do not and have never created jobs in the U.S. In fact, the opposite has occurred.

An individual who repeats a failed strategy is correctly called a moron! What is to be said of an entire nation which is repeatedly duped by the GOP again and again and again? The GOP record is both a fraud and a tragedy and the American people have paid dearly for it.

The Occupy Wall Street protests are shining a national spotlight on the most powerful, dangerous, and secretive economic and political force in America.

If this country is to break out of the horrendous recession and create the millions of jobs we desperately need, if we are going to create a modicum of financial stability for the future, there is no question but that the American people are going to have to take a very hard look at Wall Street and demand fundamental reforms. I hope these protests are the beginning of that process.

Let us never forget that as a result of the greed, recklessness, and illegal behavior on Wall Street, this country was plunged into the worst economic downturn since the Great Depression. Millions of Americans lost their jobs, homes, and life savings as the middle class underwent an unprecedented collapse. Sadly, despite all the suffering caused by Wall Street, there is no reason to believe that the major financial institutions have changed their ways, or that future financial disasters and bailouts will not happen again.--Senator Bernie Sanders: Six Proposals for Helping the 99%, Buzzflash

I tire of the line that reads: 'there are no differences' between the parties'! That's simply not true. The GOP would love for you to fall for it! There are many differences but the economic differences are most easily identified and graphed. Whatever your differences with the Democratic party, not voting is simply not an option given the rapacious and destructive policies of the GOP. Not voting concedes the nation to right wing ideologues, i.,e the ruling elite of just 1 percent of the total population.
NOT VOTING --is what 'they' want you to do!
NOT VOTING ensures that the ever powerful and well-heeled GOP machine will finish the job of making the United States a Fascist nation.
NOT VOTING is surrendering!
NOT VOTING is 'giving up' or bending over!

NOT VOTING is the GOP's best friend! If they ever gain absolute power, they may decide to do away with VOTING entirely thus you will have been robbed of one of the few options you have left. Welcome to the Brave New World! Now --what can one do?
GET INVOLVED IN PARTY POLITICS!
If you don't like the Democratic party --INFILTRATE IT and urge everyone you know to infiltrate it. We don't have a lot of time and the Democrats already have an infrastructure in place. Eventually, when it is successful, the 'occupation movement' will be absorbed and, hopefully, it's ideals will be affirmed by an established mainstream party and, eventually, made the policy of the nation. At that point, we will have won!
ORGANIZE!
Read SAUL ALINSKY, a 'left leaning, liberal' and organizer who scared the pants off the GOP! They were so frightened of him that they adopted his policies and used them against us! Now --who is to blame for that but the 'sunshine liberal' who decides to just sit on his ass and gripe because the world does not measure up to his unrealistic expectations?
Alinsky urged that REAL activists organize block by block, precinct by precinct, county by county, state by state!

THIRD --having taken back the DEMOCRATIC PARTY, you organize at the state level to get out the fucking vote.

Now --if liberals/progressives are not willing to read Alinsky (the GOP has) or if liberals/progressives are not willing to work to reform the ONLY FUCKING PARTY you're gonna get given the corrupt system we have inherited, then there is really nothing else I can tell them; there is really little else as I can advise save: LEARN TO LOVE getting it up the ass because from here on out the GOP is going to stick it to you but prefers you bend over first! Media Conglomerates, Mergers, Concentration of Ownership, Global Issues, Updated: January 02, 2009