Of Space-Time and Clock Towers

Brian Greene is an American theoretical physicist and string theorist who has worked on mirror symmetry since 1996 while a professor at Columbia University. As a result, he believes that in “infinite” universes, matter can arrange itself in an infinite number of ways. Eventually, a “universe” is repeated. Such a parallel universe would look very much like the one we live in.

Therefore, Greene says, if the universe is infinitely large, it is also home to infinite parallel universes.
As a string theorist, he believes that apparent conflicts between current cosmology (Relativity theory) and quantum mechanics is resolved with string theory –his 'specialty' for the past 25 years. Greene believes that the entire universe is explained with small strings vibrating in as many as 11 dimensions. Moreover, within our single universe time is relative to where you are and how fast you are going at any given instant.

Therefore, time is always local even within the single universe we live in. For example, time is slower for anyone who is moving. As Einstein demonstrated, time stops for anyone traveling at light speed.

The downside is that many other unfortunate things will happen to you at that speed. So –don't try this at home or without the supervision of experts. You are safe if you confine your experiments to an old 33 1/3 RPM turntable and some old Rolling Stone LPs.

A few years ago, Julian Barbour “shook up” readers of “Discover” magazine when he denied the existence of “time”. He may have been correct. In fact, he is consistent with Einstein. Einstein posits that time is merely one's local' movement relative to the speed of light. Young Einstein lived in Bern (Switzerland) where he worked at the patent office. He often took the tram home in a direction away from the famous Bern clock tower. He imagined how the clock might appear should his tram exceed light speed.

He immediately concluded that the hands on the clock tower would appear to move backward relative to the forward movement perceived by pedestrians on either side of the street. The explanation is simple: at faster than light travel, the tram overtakes light that had already left the tower. One looking back at the tower would see the hands run backward.

That, of course, is a dramatic example that drives home the point for anyone daring to imagine faster-than-light trams. The conclusion is simpler: time is different for every person occupying a different space from every other person. For that matter, time differs from every point to every other point in the universe.Barbour believes the past, present and future all exist in what may be called a timeless 'super-verse'. Barbour posits a series of “NOWS” like individual frames on a motion picture film strip. 'Nows' exist for actual events but, interestingly, many 'nows' are alternate possibilities, i.e, virtual universes.

This view is consistent with Einstein's analogy re: the Bern clock tower. To use Barbour's film strip analogy, NOW is a single frame. The universe is the entire film strip. Parallel universes may be compared to alternate "film strips", thus Barbour's views are consistent with Greene's "parallel" universes. If Barbour's timeless universe is akin to a film-strip, then Greene's parallel universes are a shelf full of film-strip canisters –each containing a feature-length film. In this case the feature-length movie is the universe as it unfolds. But as long as we travel at sub-light speeds, we move forward in time as "light" over-takes us. But if we should exceed light speed we will eventually see the big bang! In fact, we can see remnants of the big bang now. This "object", astronomers tell us, is some 13.7 billion years old and as many light-years distant.

Posted by Unknown at 7:46 AM No comments: 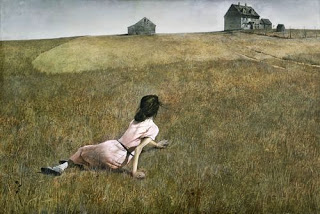 Posted by Unknown at 5:36 AM No comments: