The Nature of Creative Genius

The genius mentality sees analogies where ordinary minds see only isolated instances. Einstein, for example, made a cosmic leap from a tram departing the clock tower in Bern to a faster than light space craft. Looking backward the tram passenger sees the hands on the clock tower moving forward. Einstein was inspired to conduct one of his famous "thought experiments"; he imagined the same tram exceeding light speed at which time the hands on the Bern clock tower would run backward as his tram overtook light waves that had recently departed the clock tower.

From that moment, Einstein understood that to overtake light is to travel backward in time. Every day we travel at speeds less than that of light. The hands on the clock go forward; therefore, we go forward in time –not backward. To go backward in time requires that we "overtake" the speed of light, that we overtake those beams of light that had already left us behind! This insight has profound implications should we decide, one day, to “go where no man has gone before”.

Many other examples of genius may be found to include Newton's insights inspired by the simple fall of an apple from a tree. In all cases, however, the genius mentality finds pattern where others see only chaos, analogies where many may see only isolated phoenomena, things-in-common as opposed to mere but obvious differences. Genius sees the bigger picture, finds order in chaos but often, and as well, we see frightening faces in a stained wall. We see the "boogie man" -not in daylight --but at night! Nevertheless, those "frightening images" are, as well, the products of the creative faculty, the creative genius.

The subtitle of a timeless anthology by Brewster Ghiselin is "Reflections on Invention in the Arts and Sciences". In almost every case, it is the artist, the writer, the scientist him/herself who "reflects". We are privileged to share those very thoughts as they are put down in diaries, letters, memos to one's self. In this volume may be found near ramblings by Thomas Wolfe, the lucid mind of Einstein, the toubled mind of van Gogh and, as well, the meditative thoughts of William Wordsworth on Westminster Bridge.


Earth has not anything to show more fair:
Dull would he be of soul who could pass by
A sight so touching in its majesty:
This City now doth, like a garment, wear
The beauty of the morning; silent, bare,
Ships, towers, domes, theatres, and temples lie
Open unto the fields, and to the sky;
All bright and glittering in the smokeless air.
Never did sun more beautifully steep
In his first splendour, valley, rock, or hill;
Ne'er saw I, never felt, a calm so deep!
The river glideth at his own sweet will:
Dear God! the very houses seem asleep;
And all that mighty heart is lying still!

I am inclined to conclude that only the creative "genius" could a write a single sentence so rich in imagery and mood, so evocative of time and place. 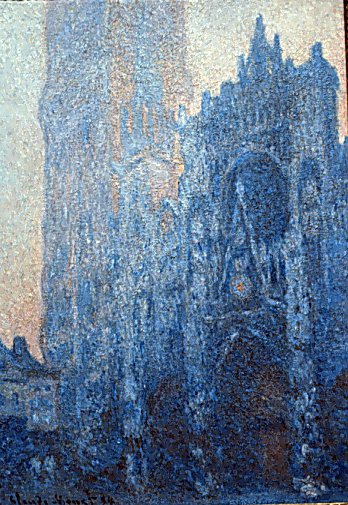 I cannot imagine a "writer" failing to get something out of this book. Not all of the essays in this anthology are about writing. Some are about the visual arts! One is a letter by Albert Einstein. Another, by Roger Sessions, is about musical composition. The art of sculpture is not forgotten. Nor collage.

Nor science. Kekule is "covered" for having dreamed of a snake eating itself by its tail. Awake, Kekule made the quantum leap: this was no mere snake; this was, rather, the molecular structure of the Benzine molecule.

Most "essays", however, are about writing especially as writing is believed to be and ought to be a creative enterprise. In a single volume, you will find many writers/authors and all of them, it seems, are "speaking" directly to you. That is especially the case with Thomas Wolfe's "The Story of a Novel".

Think of it as a Monet but with words. There are dabs and strokes both here and there and up close they mean very little, but from a respectable distance, the whole will coalesce. So it is with "the creative process". In a single setting, Wolfe gives you "his" Paris.

The only other "work" which does the same and as well is Gershwin's "Rhapsody in Blue". Or, of course, Monet's series of paintings of the cathedral at Rouen, a cathedral which seems, as if in a movie, to dissolve before our eyes.

Wolfe writes: "During that summer in Paris, I think I felt this homesickness more than ever before, and I really believe that from this emotion, this constant and almost intolerable effort of memory and desire, the material and the structure of the books I now began to write were derived."

Now --the obligatory "recommendation": get this book! You won't regret it.

Is the GOP a "Kooky Cult" or a "Crime Syndicate"?

As it is true of individuals, it is also true of groups: they are what they do! The GOP, like any other group or any individual is defined by what it has done over the years. I am of the opinion that most of what the GOP has "accomplished" has been harmful to American society over all and to individuals in specific cases. This includes the GOP's apparent disdain for the environment, its horrific record with respect to any "class" that is not fabulously wealthy. By its many acts and as many omissions, the GOP has created the ruling elite. 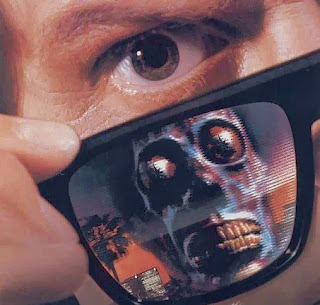 I have often called the GOP a "kooky cult, possibly a crime syndicate". Following are The defining characteristics of a cult according to Janja Lalich, Ph.D. & Michael D. Langone, Ph.D.