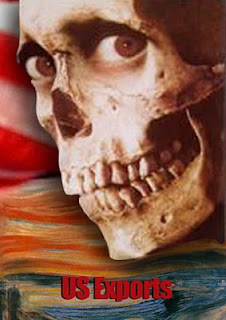 As events this week have proven, SCOTUS is too highly venerated. Their latest outrage is the decree that 'corporations are people' and may spend as much money as they like in order to get their stooges into public office.

It is the worst decision since Bush v Gore which was, at the time, compared to Dred-Scott, a decision of 1857 in which seven of nine Supreme Court Justices declared that no slave or descendant of a slave could be a U.S. citizen. As a non-citizen --the court stated --Dred Scott had no rights whatsoever and could not sue in a Federal Court! The court ruled that he must remain a slave. Dred Scott was denied the very personhood that the court now BESTOWS upon mere legal abstractions. This is absurd, stupid and intolerable.

The court was wrong then. It was wrong again with Bush v Gore! The court is wrong now, dead wrong! Corporations are not people and should, by right, have no rights whatsoever and should, by right, exist only for as long as the people may find them useful or tolerable. Of late, their venal behavior and the wars of naked aggression that are fought on their behalf alone have become intolerable. It is time to reassess the status that is given both the Supreme Court and to the corporations.

Both court and corporations should be not so gently reminded that 'we the people' are sovereign. 'We the people' are the boss'. 'We the people' have financed this farce with our moneys! 'We the people' demand a change NOW! We the people should stop financing wars of naked aggression waged on behalf of mere 'legal abstractions' now deemed by a dishonest court to be 'people!. Perhaps a real revolution will consider extensive reforms in the one case and outright abolition in another. Revolution now! Even Justice Oliver Wendell Holmes blew it when he failed to defend Eugene Debs' rights of free speech. He compared Debs' statements in opposition to US entry into WWI to 'yelling fire in a crowded theatre'. But if there really is a fire, yelling fire seems to me to be the prudent thing to do! Seems to me that the venerable Justice Holmes made a cute but glaringly invalid analogy! Seems to me that true patriots have not only a right but a moral responsibility to oppose their nation's entry into foolhardly, vainglorious wars of naked aggression. It seems to me prudent that we demand an open, free and fair debate.

Otherwise, wars will continue to be fought by the poor for the benefit of the rich and the military-industrial complex which divides the spoils of war among Dick Cheney's oil buddies and the other 'paid thugs' like Blackwater who hide behind the monicker --'defense contrctors'.

For eons wars have been fought for booty! That's why the US fights them today. The booty du jour is oil! To deny one the right to oppose those wars --as Holmes denied Eugene Debs --is a recipe for military dictatorship.

St. Thomas More would have called the Military-Industrial complex and their shills on K-street a "conspiracy of rich men to procure their commodities in the name and title of the commonwealth!" [See: Thomas More, Utopia] This is why wars have been waged throughout the ages! If Holmes were alive, I will tell him that it is wrong NOT to yell fire in a crowded theater if the theater is, indeed, on fire! At this moment in our history, the American republic is threatened, and among those threatening it is the US Supreme Court itself!

In his remarkably undistinguished 20-year stint as a Supreme Court justice, Clarence Thomas has rarely called attention to himself for original jurisprudential thinking. But if Thomas had had his way with Citizens United v. the Federal Election Commission, in which the court decided this week to remove critically important limits on campaign financing, an already horrible decision would have been made far, far worse. Crazy worse.Thomas went along with the majority in agreeing that corporations and unions can once more be permitted to spend freely on political issues, thus driving a stake through the heart of the democratic process in the United States. But he dissented in part, because he didn't think the ruling went far enough. Specifically, he argued that the court was wrong to continue requiring that the sponsors of political advertising disclose who paid for them.That's right. Thomas came out against the principle of transparency, and for the right of corporations to spend millions of dollars to influence public policy without having to tell anyone what they were up to. It's hard to imagine a less democratic stance.Thomas did have his reasons, however. He blamed the gays. In the heated war over Proposition 8 in California, he wrote, any individual who contributed as little as $100 in favor of the ban on same-sex marriage was required to disclose his or her name and address to the public, and thus opened themselves up to harassment.--This Week in Crazy: Clarence Thomas