U.S. to Prosecute a Man for Daring to Advocate the Defense of His Own Country! 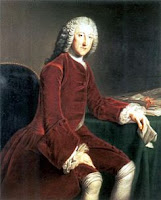 by Len Hart, The Existentialist Cowboy
The United States presumes to prosecute an Iraqi citizen for 'terrorism' when, in fact, all the young man had said pertained to the defense of his country by a foreign power --US!
I maintain that everyone has a right to defend their country against any and every invasion of that soverign nation by a foreign invader. That applies to invasions that are themselves violations of international law, invasions that are themselves more correctly described as:
INTERNATIONAL STATE SPONSORED TERRORISM!

This is the law that the U.S. --George W. Bush primarily --violated when it invaded Iraq though Iraq had nothing whatsoever to do with 911.

Offense.— Whoever, whether inside or outside the United States, commits a war crime, in any of the circumstances described in subsection (b), shall be fined under this title or imprisoned for life or any term of years, or both, and if death results to the victim, shall also be subject to the penalty of death.

That a nation may not invade another unless attacked is an established principle of international law. If principle is not recognized in the United States it ought to be. In fact, to the extent that the U.S. flouts its own committments, its own laws and, indeed, every International commitment or principle that the United States has --historically --insisted upon, it is a hypocrite.
This is what the young man said and this is why the U.S. is lying about him and calling him a 'terrorist':

"...if an enemy comes inside your country...everyone has to stand up and fight, there should not be anyone left out.."

There is NOTHING seditious in that! The U.S. has NO RIGHT to prosecute this man as a 'terrorist' for advocating the DEFENSE of his country. William Pitt said the same thing much, much earlier in the Houses of Parliament:

"You cannot, I venture to say it, you CANNOT conquer America...As to conquest, therefore, my Lords, I repeat, it is impossible. You may swell every expense, and every effort, still more extravagantly; pile and accumulate every assistance you can buy or borrow; traffic and barter with every little pitiful German Prince, that sells and sends his subjects to the shambles of a foreign country; your efforts are for ever vain and impotent—doubly so from this mercenary aid on which you rely; for it irritates, to an incurable resentment, the minds of your enemies—to overrun them with the sordid sons of rapine and plunder; devoting them and their possessions to the rapacity of hireling cruelty! If I were an American, as I am an Englishman, while a foreign troop was landed in my country, I never would lay down my arms, never! never! never!"

--William Pitt, Speech in the House of Lords