How the Government Created a U.S. Police State 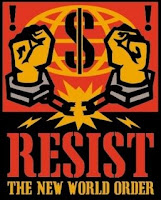 It was in January, 2002 that the UN Committee Against Torture condemned the treatment of prisoners held at Abu Ghraib by noting that 'indefinite detention' was a violation of the UN Convention against torture! Even worse for the U.S. is the threat that is likewise posed against citizens.  In short, if the government or the President should merely 'deem' you to be a terrorist, you can be dropped into a hole and never seen or heard from again! This continues to be a threat to all Americans of every stripe and income bracket, of every political persuasion left or right should it run afoul of 'powers that be'! The word for this is: tyranny!

The detention sections of the NDAA affirm "...the authority of the President under the AUMF, a joint resolution passed in the immediate aftermath of the September 11, 2001 attacks, includes the power to detain any person "...who was part of or [who] substantially supported al-Qaeda, the Taliban, or associated forces that are engaged in hostilities against the United States or its coalition partners". Anyone so targeted may be held indefinitely "without trial, until the end of the hostilities authorized by the [AUMF]". Of course, there is no 'end of hostilities' in an Orwellian perpetual war.


"The right of the people to be secure in their persons, houses, papers, and effects, against unreasonable searches and seizures, shall not be violated, and no Warrants shall issue, but upon probable cause, supported by Oath or affirmation, and particularly describing the place to be searched, and the persons or things to be seized."

These measures are all gross and egregious violations of the 14th amendment prohibiting the federal government, the various states and local governments from depriving persons of life, liberty, or property in violation of DUE PROCESS OF LAW, established previously in the 4th Amendment!

This clause makes 'protections' stated clearly and unambiguously in the Bill of Rights applicable to the states. In other words, even states are subject to the SUPREME LAW OF THE LAND --the Constitution! These draconian measures are not merely illegal but treasonous and those supporting them are traitors to the U.S. Constitution, the Bill of Rights and to the people of these United States which are 'sovereign' whether the polticians and lobbyists in Washington recognize that fact or not!
Posted by Unknown at 4:03 AM 7 comments: