'It is difficult to understand why so-called "progressive", "liberals", and "leftists," who so vehemently opposed the Vietnam War, now belong to the Council on Foreign Relations.
If you have read this blog before, you must know then that I have serious problems with 'so-called' liberals/progressives not the least of which is that too many lack the courage of their convictions; too many have tried to bargain with Satan. Too many are uncommitted, to be sure. But, more importantly, to what --precisely --should we be committed? 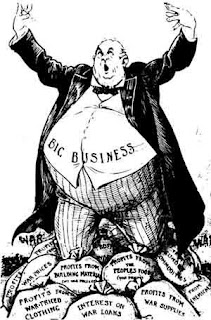 Clinton's 'triangulation' of the center merely encouraged the 'rabid right'. Teddy got it right: speak softly and carry a BIG stick. Too often the 'left wing' (for lack of an accurate term), carries a limp stick if any stick at all.

If the American left were given a 'GOP BUDGET' (like the monies gopps get from elites) the American left would be nuts if did did run rough shod over the 'right', kick 'em in their sorry asses, reduce to rubble and ruins the financial edifices put up by the Axes of K-street and Wall Street.

As for roots, modern 'progressives' should study Teddy: 'speak softly and carry a big stick!'

Now --the rank and file progressive/left leaning liberal is NUTS if he/she sits out an election because a leftist Messiah is not on the ballot!

Progressives should begin renewed organizational efforts from within the Democratic ranks and file. There is no viable 'Progressive party' as such. Read Saul Alinsky, a "leftist" activist, strategist, and tireless champion of progressive causes. Alinsky --sadly --has been adopted by the GOP and cited often in their 'campaign manuals'. I know that because I had procured some even as Tom DeLay was consolidating his base of power in S.E. Texas. In other words, he was gerrymandering the state. The GOP cannot win without cheating!

They are both crooked and stupid --a bad combination!

Apparently, the state has yet to recover from his meddling. Texas had been Democratic, often progressive/liberal. In those days, it was called the GREAT STATE OF TEXAS! With the rise of the GOP crime syndicate it is no longer referred to as 'great': education has declined; pollution has gotten worse; the prisons are full as crime rates always rise under GOP regimes. Declines of all sorts define the crooked, cult-like crime syndicate that is otherwise known as "GOP"!

My point: the GOP has practiced tactics urged by Alinsky. Why the hell have the Democratic party allowed right-wing nuts to have 'adopted' Alinsky's tactics and --worse --using them to subvert the progressive cause in general?


'The fault, Dear Brutus, lies not in our stars but in ourselves that we are underlings!

Posted by Unknown at 5:01 AM No comments: 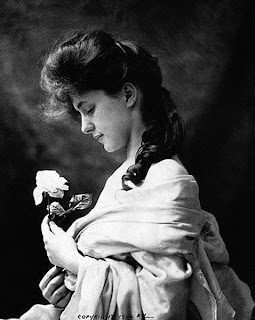 Neither Edith Wharton nor E. M. Forster admired it, but Louis Auchincloss calls "The Wings of the Dove" the greatest of Henry James' novels. Published in 1902, the novel represented something of a “comeback for James”, whose only bestseller, Daisy Miller, had appeared more than two decades earlier. Set amid fashionable London drawing rooms and gilded Venetian palazzos, the story concerns a pair of lovers who conspire to obtain the fortune of a doomed American heiress. This version is said to be “the definitive New York Edition” appearing in 1907 with the author's Preface.


... a naïve young woman becomes both victim and redeemer in James's meticulous “map” (ordeal?) of drama, treachery and self-betrayal. “It seems to me that I know the characters even more intimately than I know the characters in the earlier novels of his Balzac period. The Wings of the Dove represents the pinnacle of James's prose.” said Louis Auchincloss.

Many British Novels depict the deterioration and ultimate collapse of the British "class system", most prominently the work of Vera Brittain. However, James captures it perfectly in this intimate portrait of three people trapped in a system that Bush would create in America, a system of primogeniture and privilege, a system of those who have and those who do not. As Billie Holiday would sing later in America: “God Bless the Child that's Got His Own!”


Money, you've got lots of friends
Crowding round the door
When you're gone, spending ends
They don't come no more Rich relations give
Crust of bread and such
You can help yourself
But don't take too much
Mama may have,Papa may have
But God bless the child that's got his own, That's got his own

There are undoubtedly many other models that do have a chance of working, that can be devised and improvised so that short falls of the various systems might be addressed.
For many, "economics" has become ideological and their view of it is "religious" in nature. Supply-side economics, for example, is accepted and espoused as a matter of "faith". Like various cultists, "supply siders" will not tolerate other world views.

I have often thought that it was the long cold war that radicalized economic thinking in this country but it's not so simple as that. Much of it has to do with the nature of the "very rich". There is a line in Henry James' “The Wings of the Dove” in which a young newspaper reporter warns his idealistic, "revolutionary" friends that the aristocrats would not reform themselves and, therefore, must not be entrusted to rule the British Empire. That story is set in London, circa 1900.

Arguably – the most radical period in world history was roughly 1840-1920. Karl Marx and colleague Friedrich Engels had issued the Manifest der kommunistischen Partei (Communist Manifesto) (1848) which they had hoped would precipitate a world wide social revolution. They very nearly succeeded. Socialism was advanced –even in America. Eugene Debs was the Socialist candidate for President. It was Debs who famously said in his defense: “While there is a lower class, I am in it; while there is a criminal element, I am of it; and while there is a soul in prison, I am not free”. Almost concurrently, Lincoln Steffens was exposing abuses throughout an increasingly unfair capitalist system. Anarchists found a voice in Emma Goldman.

When a viable labor movement began to frighten a growing class of “robber barons”, the “evil empire” of "robber barons" would strike back. By 1914, the “working man's” great champion, Clarence Darrow, was severely chastened but eventually acquitted of bribery charges in Los Angeles. His most egregious sin? He had dared defend two brothers –the McNamaras –on charges that they had bombed the Los Angeles Times building which ultimately caught fire and burned down. Though he brokered a successful “plea bargain”, he would never defend another labor case.

World War I –instead of energizing the U.S. movement as it had done in Russia –rallied "patriots" to the flag and had the effect –as do all wars –of limiting dissent, free speech and free thought! America marched off to war singing a George M. Cohan tune: “Over There!” Later –the Hoover Administration would deny World War I veterans their bonuses and ordered a military attack upon the veterans who dared demand their due!