Of War and Murder 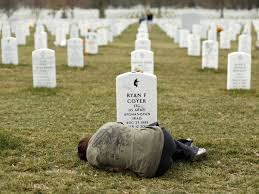 The following joke is attributed to Hermann Göring who was at the time on trial in Nuremberg, charged with conspiracy to commit crimes against peace; planning, initiating and waging wars of aggression; war-crimes; and crimes against humanity:

A mere joke, in bad taste! But consider the source. It is also a simple, if simple-minded, analysis of data. It even hints at the science of emergent properties but I seriously doubt Herr Göring had that in mind.

Across the English Channel – before Herr Göring would have the opportunity to expose the world to his brilliant wit - Lewis Fry Richardson, a brilliant theoretician and mathematician whose work inspired the science of fractals and war gaming, dared to ask: is war inevitable? can it be predicted? can it be prevented? why do we go to war? do war and murder differ? These are hard questions which resist reduction to number. Richardson himself may have had William Butler Yeats in mind when he observed that wars merge and split, or have no clear beginning or end; he said of them: “Thinginess fails.”

Nevertheless, when Richardson reduced war to data he concluded:
Richardson was not the first to explore these possibilities and mathematical models have been refined since. Arguably, however, Richardson himself developed his hypotheses much further and in many ways went off in different directions. His work is still available in journal articles, pamphlets, two posthumous volumes from 1960, and a two-volume Collected Papers of 1993. His work on arms races may be found in "Arms and Insecurity"; his statistical studies are published in "Statistics of Deadly Quarrels".

Other writers claim that Richardson's decision to lump murder and war together was deliberately provocative. Richardson's retort must be considered in the historical context: “One can find cases of homicide which one large group of people condemned as murder, while another large group condoned or praised them as legitimate war. Such things went on in Ireland in 1921 and are going on now in Palestine.” His remarks are as true today as when first uttered over 50 years ago. 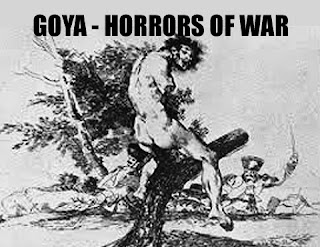 Richardson categorized war logarithmically –magnitude one, two, three and so forth –as determined by total deaths. It was an idea borrowed from Astronomy. In a war of magnitude one, 100,000 people will die. Both World Wars I and II exceeded magnitude seven, recording deaths in the tens of millions. Ten or so deaths equals magnitude one; a single murder is magnitude zero. Interestingly, the two World Wars are the only magnitude seven conflicts. However, the number of conflicts of any given magnitude rises exponentially as the magnitude decreases. There are, for example, some ten million conflicts of magnitude zero and the number of deaths by murder is roughly equal to the number of deaths by world war. Richardson listed seven megadeath conflicts in tier two, i.e, magnitude six. They are, in chronological order:Richardson had hoped that by understanding war, war might be prevented. He ultimately concluded that war –like hurricanes, tornadoes, and cancer clusters –is remarkably random and inevitable. Richardson modeled a “death spiral”, an escalating arms-race in which nations respond to one another by adding armaments to its arsenal. Such an arms race may stabilize if and only if the “fatigue and expense” becomes greater than perceived threats.

Richardson had hoped that by tracking armament expenditures, wars might one day be predicted like the weather. Other conclusions –no more optimistic –are based on statistical correlations:
Like John Nash (A Beautiful Mind), Richardson was nearly ignored. Others now carry on his work. Lars-Erik Cederman of Harvard University’s John M. Olin Institute for Strategic Studies has replicated Richardson’s results in a new computer model. (Richardson's work largely pre-dated the computer) In the new model, a state of equilibrium between nations is temporary; small disruptions may unleash a “cascading instability”. Princeton University professor Robert Gilpin is likewise studying the small events which “cascade” to chaos –the conditions in which a state of equilibrium moves to one of disequilibrium. Shades of Jurassic Park! Vanderbilt University professor John Vasquez, likewise, explains the very size of wars in terms of cascading system instability.

It must be pointed out that statistics do not govern events; they describe them. A murderer is not likely to win acquittal by pleading that his behavior is within known statistical norms.

Are nations, then, to be absolved for merely playing out a terrible fate? Are religious wars to be tolerated because both sides are convinced that God is on their side? Will neighboring nations be given leave to attack across shared borders? Are we to make war lightly because we have been wronged? Are wars of pre-emption ever justified. Perhaps those questions are unanswerable!

Consider the alternative: by Richardson's scale, a war of magnitude 9.8 will leave no one behind to ask the questions. William Butler Yeats wrote the most appropriate conclusion in 1922 –a year of great disillusionment with World War I:

Things fall apart; the centre cannot hold;
Mere anarchy is loosed upon the world,
The blood-dimmed tide is loosed, and everywhere
The ceremony of innocence is drowned;
The best lack all conviction, while the worst
Are full of passionate intensity.

Notes:
"Richardson argued that theories of war could and should be evaluated on a scientific basis, by testing them against data on actual wars....Several lists of wars were drawn up in the early years of the 20th century, and two more war catalogs were compiled in the 1930s and 40s by the Russian-born sociologist Pitirim A. Sorokin and by Quincy Wright of the University of Chicago. Richardson began his own collection in about 1940 and continued work on it until his death in 1953. His was not the largest data set, but it was the best suited to statistical analysis.") Forrest, David, The Edge of Chaos.

Posted by Unknown at 7:08 AM No comments: