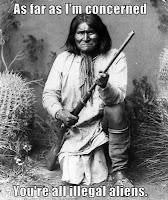 If 'corporations' are people, then why are they NOT paying their fair share of taxes? Some pay very little! Some pay no taxes at all! The tax burden has, in fact, fallen upon REAL people and that --in itself --proves the LIE to the SCOTUS decision known, simply, as "Citizens United" in which five robed liars decreed that 'corporations' were 'people'. Citizens United was not a 'decision; it was a bald-faced lie! If it had been the truth 'Corporations' --being 'real' people --would be paying their fair share of taxes just like hard working and often hard pressed American REAL 'real people' are doing and have been doing since this nation's founding. And, when caught breaking the law, they would be imprisoned as are 'real' real people! If the letter of law applies to people and not to corporations, then corporation are NOT and will never be 'people'! SCOTUS has become crooked!

Vermont Senator Bernie Sanders has put out “A Guide to Corporate Freeloaders.” Experience had led me to believe that most of the so-called 'illegal immigrants' who live and work in the U.S. are honest, hard-working folk. They work, raise children, shop, spend money! In fact, they represent a far greater infusion of 'monies' into the economy than do corporate leeches.

These so-called 'illegal aliens' are, in fact, paying their fair share and more! Corporate crooks often pay NOTHING whatsoever even as they export jobs, possibly your job! They leave it to real 'real' people to take up the slack!

Unlike corporate leeches upon the economy, so-called 'illegal aliens' do not export jobs. Jobs stay right here in the U.S. That is in stark contrast to GOP policies in general which have always resulted in the decline of U.S. jobs, in effect, a net export to those nation's with whom we have a negative trade balance --significantly: China. [See: CIA World Fact Book, Current Account Balance]

It has been asked: when did America, a country whose narrative and history was built on the sweat of immigrants, turn against immigration and immigrants? That's easy! That result came about with the rise of the GOP --a party of lies, scapegoats and excuses!

It has been said that there has always been a strong anti-immigration element in America! But I believe that that was not always the case. In fact, the Native Americans were here thousands of years before Europeans showed up and, in many if not most or all cases, Native Americans welcomed the new arrivals. They paid dearly for it. There are myriads of stories of genocide and atrocities. I refer the interested reader to Howard Zinn's A People's History of the United States, specifically, his description of the fate of the Arawaks.

In the meantime, all Americans of every ancestry and origin must begin to think clearly about transperant, bald-faced lies that are invariably told and sold by the U.S. GOP --not a political party but an evil kooky cult.