Why the Fairness Doctrine Must be Restored 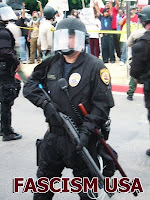 By Len Hart, The Existentialist Cowboy
The FAIRNESS DOCTRINE was attacked and trashed --not surprisingly --during the Reagan administration. It was trashed, reviled and dismantled not because it failed or did not work but because it worked splendidly and did precisely what it was intended to do. It was targeted because it was another 'liberal', progressive, Democratic success that always makes the American right wing look bad, exposes them as the lying frauds that they are. The Fairness Doctrine was subverted because it daily laid bare the lies and claptrap which have --unfettered --all but destroyed the nation.
The right wing stooge which made this 'revolution' possible was Ronald Reagan whose assault on the rights of the American people made him a hero among the politically challenged and untruthful.With the subversion, decline and rescinsion of the Fairness Doctrine, 'free speech' effectively ceased to exist in the U.S. Free speech does not exist when only one wing, one party, one elite cabal dictates what is said on the electronic mass media i.e, radio, television, cable. Free speech does not exist for those who cannot be heard because they have been deliberately silenced, shut up, deprived the right of access that had been guaranteed them. It was the GOP/right wing assault on the Fairness Doctrine effectively that shut you up though the Communications Act of 1934 had recognized --by law --that it is the people who OWN the air waves. Apres Reagan, a dwindling number of huge corporations themselves ever bigger, ever richer claimed ownership of YOUR 'airwaves'. In less PC times, we would call this theft.

When the right wing cooked up and supported the Reagan assault on 'Fairness, it had not yet anticipated the impact that an internet might have one day. Never fear --plans are afoot to 'corporatize' the internet, plans are afoot to make it yet another top down, one way propaganda and noise machine for big corporations and the increasingly fewer elites who make up the American robber baron aristocracy..

It ensured that real people could be heard. It ensured that opposing points of view, all things, in fact, might be considered. I KNOW that from the experience I gained over many years as a major market News Director in both radio/TV. Concentration of media in just five or six major corporations concurrent with repeal of the Fairness Doctrine has effectively shut you up, that is, unless you are a billionaire who may buy his own network.

The Fairness Doctrine, a center piece of the Communications Act of 1934, established as a matter of law that the 'airwaves' were owned by the people. The internet is not essentially 'airwaves' with frequencies allocated by a 'Federal Communications Commission'. At this juncture, the impact and the future of the internet is in doubt. As more people do an 'internet' end run around big broadcast media via the internet, the ruling elites will, of course, position themselves to strike.

The demise of the Fairness Doctrine is related in its effects to the rise of the most pernicious and evil doctrine to appear on the American political scene, that is, the screwy idea that 'corporations', mere legal abstractions, are people and thus have rights to include free speech. Nonsense! Propaganda! Right wing rationalizations intended to justify the great right wing wealth an power grabs.
Last Resorts

The demise of the Fairness Doctrine made broadcasting safe for lies, propaganda, right wing lies, spin and ordinary bullshit! That the 'Christian Coalition' still wages war on the 'Fairness Doctrine' is an infallible tip-off. Without the Fairness Doctrine, the right wing has dominated the media to the exclusion of dissenting views. Liars, crooks, and morons like Rush Limbaugh and 'Billo' Really? have abused 'Freedom of Speech' itself by 'yelling fire' in crowded theaters all over the nation. In fact, there are NO fires but those started and fanned by outrageous, inflammatory rhetoric, outrights lies, myths and distortions.
'Fair and balanced' is Orwellian 'newspeak' for 'lies' and 'propaganda' cooked-up and distributed by the very, very, very rich. They own this Orwellian media. They have reduced it to a mere mouthpiece for just 1 percent who own more than the rest of us combined. No one should be surprised that this 'unfair' and 'un-balanced' minority is, in its practice of politics, extremist, untruthful, psychopathic --committed to perpetuating a myth recently given dubious 'legitimacy' by a crooked court: corporate personhood!

Revolutions are fought when there are no alternatives, when people are denied the product of their own labors by virtue of tax policies favoring only the very very rich. Revolutions are waged when the vast majority are denied a voice, the right to protest this absurd and tyrannical outcome. A MEDIA so neutered is nothing more than the de facto propaganda arm of the mere ONE PERCENT of the U.S. population which official stats prove own more than the rest of us combined.
Ed Murrow's Speech to the RTNDA

Howard Zinn: Why the U.S. May be Doomed 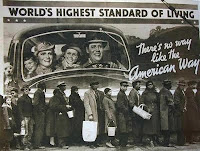 Howard Zinn's 'A People's History of the United States' is must reading! It should be required in American secondary and high schools but most certainly won't be! It will remain anathema in states like Texas! Why is that the case? Simply --Zinn told the truth about our nation, it's history of genocide, aggressive war, income and wealth disparity, elitism, slavery, bigotry, growing distrust of one another, the need to 'feel good about ourselves' when maybe we ought NEVER to feel good about ourselves.

Back to Zinn who wrote:

There is evidence of growing dissatisfaction among the guards. We have known for some time that the poor and ignored were the nonvoters, alienated from a political system they felt didn't care about them, and about which they could do little. Now alienation has spread upward into families above the poverty line. These are white workers, neither rich nor poor, but angry over economic insecurity, unhappy with their work, worried about their neighborhoods, hostile to government-combining elements of racism with elements of class consciousness, contempt for the lower classes along with distrust for the elite, and thus open to solutions from any direction, right or left.--Howard Zinn, A People's History of the United States

Texas may be 'the' case in point. It seems to have been the GOP 'lab' in which were tested 1) its radical, extremist, elitist, right wing ideology and 2) the means by which this ideology would be sold if not blatantly foisted upon an unsuspecting, often soporific public content to be easily distracted by the increasingly radical right wing, extremist media.

Texas had been Democratic for some 100 years! And then it was taken over by GOP cultists, a process begun in the middle 80s when at least one extremely conservative consultant --Paul Caprio of Chicago --engineered wins for the GOP even as Tom DeLay gerrymandered the state. Caprio's prominent client was State Sen Mike Richards representing the extremely conservative, elitist Houston suburb --Sugarland.

It was in Sugarland that reps from the Taliban met with Unocal and other pooh bahs of big oil just prior to 911, just prior to the U.S. attack and invasion of Afghanistan. Who has followed up on this? What payoffs were made to the Taliban? What has become of those representatives of the Taliban who journeyed to the suburbs of Houston to met with big oil and other right wing extremists? Recall --this is Bush/Perry country. This is the cancer from which sprang Dick Cheney's efforts to carve up the oil fields of Iraq.

The GOP takeover of Texas is even older. You may recall this date: November 22, 1963. Just prior to the tragic, cold-blooded murder of JFK, a slim, often slouching figure was photographed 'hanging around' beside the front entrance to the Texas School Book Depository Buiding on Elm St. This slouching figure is that of a man I came to know in Houston. His name is George H. W. Bush

The fact of that discontent is clear. The surveys since the early seventies show 70 to 80 percent of Americans distrustful of government, business, the military. This means the distrust goes beyond blacks, the poor, the radicals. It has spread among skilled workers, white-collar workers, professionals; for the first time in the nation's history, perhaps, both the lower classes and the middle classes, the prisoners and the guards, were disillusioned
with the system.

--Howard Zinn, A Peole's History of the United States

It's only gotten worse! People are desperate! There is no check on right wing mendacity, psychopathy, elitism, imperialism, greed! Anyone daring to oppose them --Dem or indie --are crushed. The right wing, the moneyed elites, make the rules and finance their stooges. The electoral systems favor the status quo because it takes BIG MONEY to even get into the race; ergo --everyone who runs --regardless of party affiliation --are but pawns of the vast right wing money and power machines.
Posted by Unknown at 11:07 AM 5 comments: