A Genius, A Saint, and SCOTUS Agree: Conspiracies Exist!

The right wing spent the 1950s trying to convince the nation that it was threatened by a vast world wide communist conspiracy. Now the right wing is trying to convince the nation that conspiracies don't exist at all! Right wingers have targeted Tin Foil Hatters for ridicule when it was not so long ago that the term applied better to them! Nevertheless, a Catholic saint, the world's greatest physicist, and hundreds, possibly thousands of SCOTUS decisions and scholarly, legal articles all say: conspiracies exist! 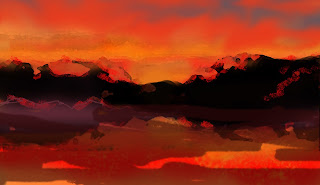 Arab pilots perped 911 but not that there was a conspiracy by J.P. Morgan et al to control US banking, or John D. Rockefeller to control US oil production, or a conspiracy by Andrew Carnegie to control US steel production. We are expected to believe that Saddam Hussein had conspiratorial connections to 911 terrorists, but we are not expected to believe that the GOP stole the elections of 2000 and 2003 or that the GOP had anything do with the gang of "brownshirts" who were, in fact, financed by the Bush campaign. Only the right wing gets to indulge conspiracy theories.

A "Saint" in death, St. Thomas More was in life Chancellor of England during the reign of Henry VIII. A lawyer and a scholar, More is read and analyzed today. If More were time warped to the present time, he would look around him and find in the Military/Industrial complex a familiar cabal of liars, graft-takers, and conspirators.


So God help me, I can perceive nothing but a certain conspiracy of rich men procuring their own commodities under the name and title of the commonwealth.They invent and devise all means and crafts, first how to keep safely, without fear of losing, that they have unjustly gathered together, and next how to hire and abuse the work and labour of the poor for as little money as may be.

Some 400 years on, leaves us an accurate description of the Military/Industrial complex, most certainly, a certain conspiracy of rich men procuring their own commodities under the name and title of the commonwealth.

The GOP must now think this brilliant genius, this Saint by Catholic reckoning, a "tin foil hatter". But it was not so long ago that rabid righters had a different view of More. It was in the late 90s that these wing-nuts, hell-bent on impeaching Bill Clinton, dragged out the corpse of St. Thomas More. It would give their witch hunt an imprimatur of legitimacy and scholarship, lipstick on a pig! Mssrs Henry Hyde and David Schippers, were fond of quoting More but only as he was portrayed in an admittedly great film, A Man for All Seasons by Sir Robert Bolt. Here's an example of how Kenneth Starr mangled More and, in the process, proved himself a mediocre intellect. _________________________________________________________________________________
Posted by Unknown at 8:26 AM No comments: