WikiScanner offers users a searchable database that ties millions of anonymous Wikipedia edits to the organizations making the edits originated. It does this by cross-referencing the edits with data on who owns the associated block of internet IP addresses. 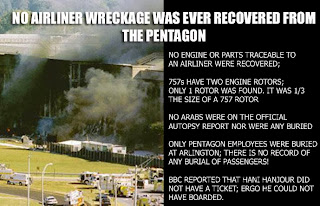 Everyone logged on to the internet does so from an IP address. In this case, the IP was from American Airlines. It’s traceable. I confirmed the American Airlines IP address with a WHOIS lookup and Google search. Therefore, American Airlines itself is the source for the revisions to Wiki revealing, officially, that neither Flight 11 nor Flight 77 were in the air on 9/11.

According to a Freedom of Information Act (FOIA) reply from the U.S. Bureau of Transportation Statistics (BTS), the last known pre-9/11 flights for three of the four aircraft involved in 9/11 took place in December 2000 -- nine months before 9/11. No pre-9/11 flight information was provided for American Airlines flight 77 (N644AA) by BTS.

How Two Bushes Sold Out America

China is a leech in more ways than one. By way of Wal-Mart, it has destroyed decent wages and productive job creation in the U.S. See the CIA'S own list: China is No 1 with the world's LARGEST POSITIVE Current Account Balance; the U.S. (thanks to Wal-Mart) is DEAD LAST with the World's largest NEGATIVE Current Account Balance. (formerly called the Balance of Trade Deficit

We don't have far to look for culprits. They are not hiding behind bushes. They ARE the 'Bushes". Let's take a look at the history before it gets re-written: 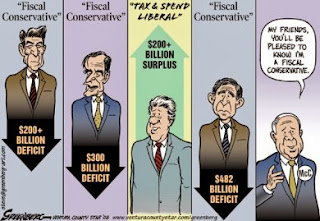 To sum it all up: any Democratic President beats any Republican President since World War II. The GOP eagerly hitched its wagon to the star of elitism. When just 1 percent owns more than the rest of us combined, it is safe to conclude that the GOP --as a viable party --is finished! Good riddance!