These days, Bush's only defenders with respect to 911 are 1) paid liars and hard cases left over from his utterly criminal and illegitimate administration; and 2) idiots whose only source of "news" is Fox. Fox news, however, is an oxymoron, appropriate I suppose for a network of morons in service to morons.

Bush, it is said, could not have pulled off 911 alone. Of course not! A total tool, it could not have been his idea. He was the 'titular' head of a loosely organized gang of power brokers and the motley crew of wing nuts who support them. God knows why! 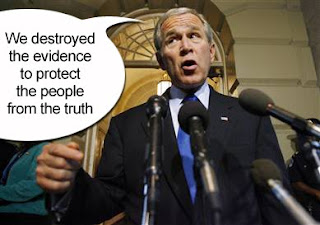 Bush was and probably still is a puppet but not a good one. When the real history is known, we may find ourselves eternally grateful to Bush whose utter incompetence, his palpable stupidity, his painful, hardly bearable inarticulateness revealed however inadvertently the truth about how our nation was usurped by an ever smaller ruling elite.

Last time I checked this elite amounted to just 1 percent of the total population, diminishing in size as its members grow richer. One day, they will have put themselves out of business. In theory, at least! [The L-Curve; also see:Temporal evolution of the “thermal” and “superthermal” income classes in the USA during 1983–200 income classes in the USA during 1983–2001]

Nevertheless, it was under Bush that several wars --some phony, some real --were fought on their behalf. The most obvious war was the one with the phony name: 'War on Terrorism', a classic misnomer. It is more accurately described as the "War of Oil and Resource Theft". I suppose that we were expected to believe that God himself intervened with 911 and gave Bushco the pretext required to attack and invade those nations having precisely the resources most coveted by the Dick, otherwise called "Cheney".

Those having knowledge and/or participating with Dick Cheney in any way most probably have guilty knowledge of the method by which a pretext to attack and invade the Middle East was obtained.

Some of those having this guilty knowledge include Marvin Bush in charge of WTC security. In a position to help plan it Had there been a real investigation of the crime of 911, he would have been a prime suspect. He was. As head of WTC security, Marvin would have been in a position to know about, perhaps direct, the placement of explosives. It would have made possible a series of obvious controlled demolitions that provided the pre-text Bushco required to seize resources for sponsors like Halliburton et al.

The weakest link is Larry Silverstein who let the cat out of the bag. WTC 7 was "pulled" he said on video tape. It was Luck Larry that gave the order! Within 15 minutes, his order was carried out. A controlled demolition! Two facts put Lucky in a bad light: 1) it takes considerably more than 15 minutes to prep a 47 story building for demolition; 2) Lucky was financially upside down with the acquisition of the WTC white elephants. An insurance pay-off conveniently bailed him out. Lucky, indeed!

I believe that the 'Dancing Israelis' were Mossad Agents. On broadcast TV, they boasted that they had gone to New York for the purpose of documenting the event now called 911. That's guilty foreknowledge, probable cause to investigate 911 and everyone connected with it it starting with the prescient Israelis. It is clear that the "Dancing Israelis" knew that the towers would come down and positioned themselves to see it when it happened.

Dick Cheney's 'Energy Task Force', in fact, met prior to 911 for the purpose of carving up the oil fields of Iraq. They would need a pre-text! Were they 'prescient'? If not, that event speaks to 'motive'. Dick Cheney's Halliburton got almost all the contracts from the Bush admin just as did I.G. Farben, Thyssen et al from Hitler prior to his invasion of Poland. It's the fascist/Nazi way. 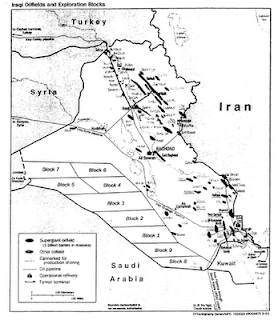 Essential 911 boils down to this:
When you have eliminated the impossible whatever remains, however implausible, must be the truth!

At last --who benefits? Apologies to Sherlock Holmes! The truth is this: 911 was an inside job, a Mossad-CIA operation on behalf of a crooked coalition to include big oil, Halliburton, of course. All of them benefited!

If the MSM had been doing its job, good folk like my friends Dr. David Griffin and Kevin Barrett would have an easier time of it. Initially, the Bush administration utilized its leverage throughout the corporate media to shut up the opposition. The most egregious tactic impugned the patriotism of anyone daring to point out facts that prove the "official theory" is impossible. That's true for many reasons not the least of which is that it defies the basic laws of physics.

Physics, of course, is no longer taught in schools,. As the GOP has risen in power and influence, educational standards declined. That is the verifiable record of GOP failure in Texas which --as a result of the back to back Bush/Perry debacles now trails the nation in high school graduations.

It is hard to make the case that the official theory defies the laws of physics to millions who have never darkened the door of a high school, let alone a university physics lab. The GOP is 'anti-intellectual' for a reason. Mass ignorance as a result of their domination of the media and their overt subversion of education are the most effective covers for their many crimes. The GOP has a stake in keeping the U.S. population uninformed and/or stupid!

The 'Bailouts' were Frauds and Shakedowns 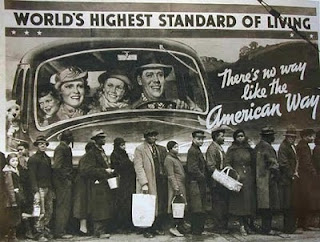 The wrong people got the bailouts. One can find daily confirmation of that. Most recently, according to the L.A. Times, the Fed predicted that higher jobless rates, may become a long-term fixture, perhaps a permanent characteristic of the U.S. economy. This bad news follows the Commerce Department's revised estimate of third-quarter growth, up half a percentage point from 2 percent --nothing to write home about.

In fact, some Fed policymakers on Tuesday raised the specter of a permanently higher jobless rate for the U.S. economy, suggesting that many more workers will struggle to get back on their feet even as the economy continues to grow.

The Fed's forecast is an acknowledgment that the "healing process in the economy has slowed to a crawl," said Ethan Harris, an economist at Bank of America Merrill Lynch.

The central bank's predictions were released Tuesday as part of the minutes of its early November meeting, when the institution also approved its controversial bond-buying program to spur economic growth.

The nation's unemployment rate has been stuck at 9.6% since August.

Just a few months ago, Fed officials were more optimistic about the road ahead — for jobs and the overall economy. But now they see the economy growing by about 2.5% this year, not enough to make a dent in unemployment.--Gloomy Fed employment forecast overshadows upbeat GDP data

To be expected, consumer spending will drop. People who have less money or, worse, no job at all, will cut spending. They have no choice. The very, very rich i.e, the ruling 1 percent, are just fine, thank you for asking! You made it possible. But --the party is over.

The wrong people got the bailouts! By 'wrong people' I mean the big banks, insiders, fat cats and leeches. By wrong people, I mean those who game the system, make a living by moving funny money around or --even worse --your money! In passing, I must ask: do you really think it a good idea to literally 'give' these shysters the monies that you have paid in to the Social Security Trust Fund? My quick response: not a chance!

Confidence remains low, and unemployment benefits, which have helped prop up spending, probably won't be extended by lawmakers, given the new political sensitivity to big government deficits. Hundreds of thousands of jobless workers will see their benefits expire this month. 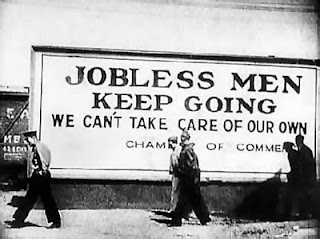 But the biggest single drag on growth may be the state of the labor market. Even the more optimistic independent economists say unemployment will decline slowly, starting most likely in the second half of next year.--Los Angeles Times, Gloomy Fed employment forecast

This is the 'ruling elite' so favored of late by bailouts and Wall Street. We should have driven the money changers from the Temple! Instead, we bailed out this 'New World Order', patted the money changers on their heads as we greased their extended palms.

So help me, I can perceive nothing but a conspiracy of rich men procuring their commodities in the name and title of the commonwealth

This is not an isolated case. This is not a temporary screw-up. This is a fundamental flaw in the system. This is a flaw that favors crooks and fast-buck artists, latter-day 'Enrons', money changers, the 'new world order'. The entire financial system of the United States is a Ponzi scheme, a scam: 'You give me real money and I will give you a worthless piece of paper in exchange'.

In a sad reminder of the sorry state of our country and in particular the sorry, heartless state of the modern Republican Party today Unemployment Insurance will end for hundreds of thousands of workers left out in the cold by Republican policies that crashed the economy. Yes, fresh off a victory in which the American electorate showed mass amnesia the very folks who crashed our economy are cutting off the aid to those folks who have suffered most for their policies. Even more outrageous than this is the priorities shown by Republicans after the election. You see, while they will let the unemployed suffer their incompetence, the one folks they constantly watch out for is their own, the very wealthy. Yes, Republicans have chosen to side with those who crashed the economy over those who suffer it.--The Unemployed Suffer the Real Cause of Deficits

As John Maynard Keynes had said of 'pound notes' in England, the U.S. government might have done better had it put the $billions$ in mason jars, buried them in a land fill and let 'private enterprise' (real people) dig them up. Had that been done, real people would have spent those monies in ways that might have revived an economy on life support.

As I have reported: the U.S. economy --not gold --supports our currency But what happens when the economy is no longer producing, no longer employing the population? That is, in fact, the case as confirmed by the CIA's own World Fact Book. The U.S. is on the bottom of the list with the World's Largest negative Current Account Balance; China, who owns us, is on top with the world's largest positive Current Account Balance. If it had not been in China's interest over the short term to prop us us so that it might dump its goods on our shores thus robbing us of jobs, the house of cards might have collapsed already. That cozy arrangement was set up by Bush in advance of Nixon's infamous but largely ceremonial visit to the Forbidden City back in the 70s. The deal may be nearing the end of its usefulness to China. When China no longer benefits from this arrangement, it will pull the plug on the dollar.

Another lesson that might have been learned but will not be is that neither banks nor governments create 'wealth'. Wealth --as every credible economist from the conservatives Adam Smith and Ricardo to the left-leaning Karl Marx has said --is created by labor. That's worth repeating: labor creates wealth. Else, capitalists could not have made profits and fortunes upon the backs of those whose labor in fact created the wealth in the first place. Investments are made after the fact, by those wishing to skim some of the wealth off the top but only after it has been created and the major 'stockholders' made happy.

Conspiracy Theory Jesse Ventura S02E03 Wall Street 3/3
The Aristocracy and the New World Order
Posted by Unknown at 6:34 AM 12 comments: