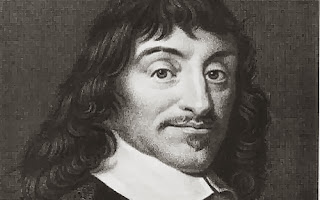 I've encountered plenty of atheists online that don't want to hear about how arguing about atheism is logically identical to arguing the religious position. The entire argument is an artifact of language.

This article is more about the structure of formal logic than it is about whether or nor 'GOD'(whatever that is) exists or not. Frankly --until God is defined the entire debate is BS. And GOD cannot be 'defined' until he is known to exist. My position is: IT'S ALL BULLSHIT and utterly meaningless.

I consider myself an atheist (without a belief in any god or gods) and an agnostic (sees no evidence of god's existence or proof of non-existence).

One of the earliest definitions of agnostic atheism is that of Robert Flint, in his Croall Lecture of 1887–1888 (published in 1903 under the title Agnosticism).

The atheist may however be, and not unfrequently is, an agnostic. There is an agnostic atheism or atheistic agnosticism, and the combination of atheism with agnosticism which may be so named is not an uncommon one.[4]

If a man has failed to find any good reason for believing that there is a God, it is perfectly natural and rational that he should not believe that there is a God; and if so, he is an atheist... if he goes farther, and, after an investigation into the nature and reach of human knowledge, ending in the conclusion that the existence of God is incapable of proof, cease to believe in it on the ground that he cannot know it to be true, he is an agnostic and also an atheist – an agnostic-atheist – an atheist because an agnostic... while, then, it is erroneous to identify agnosticism and atheism, it is equally erroneous so to separate them as if the one were exclusive of the other...