How Foreign Lobbies and Elites 'Bought' the US 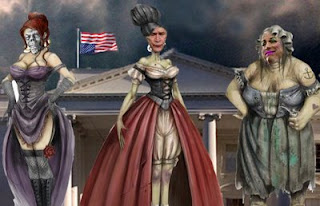 FASCISM is a radical and authoritarian nationalist political policy defined by a corporatist economic ideology enforced by a dictatorial regime which, in turn, is supported by a symbiotic business/corporate community. In pre-war Germany, Hitler held a meeting with his corporate backers. He cut them all a 'deal' and, in turn, was rewarded with their enduring support and they by his LUCRATIVE DEFENSE CONTRACTS. It was I.G. Farben which manufactured Zyklon 'B' used to murder Jews, gypsies and non-Nazis in concentration camps.In the US just one percent of the nation's population has benefited from GOP (right wing) tax cuts. I have charged that the 'tax cuts' are, rather, an elaborate money laundering scheme in which the 'ruling elite' is paid a return on its investment, that is, the purchase of the US government by way of its pimps on K-Street. Read the US govt stats re: income inequalities. Income inequalities in the US are instructive, the result of an ongoing auction of the US government to domestic and foreign lobbies. Glaring correlations not accidental: terrorism is worse under GOP regimes and --at the same time --income disparities increase. US tax policy, for example, favors the rich and, of late, just one percent of the US population which is enriched by those policies.

The area around K Street in Washington, D.C., abounds with lobbyists, many of whom represent foreign governments or entities. Although some major foreign governments continue to work mainly through their embassies in Washington, nearly one hundred countries rely on lobbyists to protect and promote their interests. The subculture of public relations and law firms that do this kind of work reflects a steady decline and privatization of diplomacy -- with an increasing impact on how the United States conducts its own foreign policy.The strongest lobbies promoting foreign interests are driven by cohesive ethnic population groups in the United States, such as Armenia, China, Greece, India, Israel, Taiwan, Ukraine, and, historically, Ireland. Even countries that have strong bilateral relations with the United States, such as Australia, Japan, and Norway, need lobbyists as well as embassies. Lobbyists can operate within the system in ways that experienced diplomats cannot. A lobbying group can identify with a domestic ethnic bloc even though it is paid by a foreign government. Ethnic politics can trump corporate interests and, more important, influence what agencies within the U.S. government may see as the national interest.Illustration by Ib OhlssonThe United States is a nation of immigrants -- a strength that has also created vulnerabilities. Although ethnic population groups have at times offset isolationist tendencies in the United States, they also can find themselves conflicted on issues that could divide the motherland from the adopted country, the United States. In other cases, these so-called hyphenated groups unhesitatingly side with the United States and, in effect, become more royalist than the king.--Diplomacy Inc., The Influence of Lobbies on U.S. Foreign Policy

OPEN LETTER TO THE ISRAELI GOVERNMENT
Did you order the killing of the 900 civilians, in Gaza, in January, in self-defence or did you kill them to save others?
Did you kill these non-combatants in order to terrorize the civilian population?
Were you aware that to kill civilians, except in self-defence, is a war crime?
Did your troops use banned white phosphorus as a chemical weapon to injure and kill?
If your soldiers are alleged by an independent enquiry to be guilty of war crimes, will they be handed over voluntarily to the ICC for trial?
In which event, will Ehud Barak and Ehud Olmert, the ministers directly responsible, be voluntarily be handed over to the authorities in The Hague, or will it be left to other governments to arrest them ?

Extracted from the official United Nations Report of the Fact Finding Mission. April/May 2009
1. Deliberate attacks by the Israeli army on civilians

3. The illegal use of white phosphorus

4. Israeli violations of the right to free movement

8. The arbitrary deprivation of life


But, but, but, 13 Israeli's were killed in that time too. It was self-defense. REALLY it was! Just ask the US. They (Congress) will be passing a Resolution on Tuesday calling the Goldstone Report a bunch of Hogwash. You'll see!

Palestinians are terrorists. Repeat that until you believe it.