How the Great Depression Inspired a New View of 'Economics' 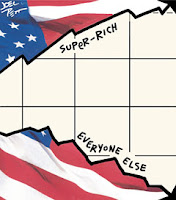 Irving Fisher (February 27, 1867 – April 29, 1947) was an American economist, inventor, and health campaigner, and one of the earliest American neoclassical economists, though his later work on debt deflation is often regarded as belonging instead to the Post-Keynesian school.

Fisher made important contributions to utility theory and general equilibrium. His work on the quantity theory of money inaugurated the school of economic thought known as "monetarism." Both Milton Friedman and James Tobin called Fisher "the greatest economist the United States has ever produced." Some concepts named after Fisher include the Fisher equation, the Fisher hypothesis, the international Fisher effect, and the Fisher separation theorem.

Fisher was perhaps the first celebrity economist, but his reputation during his lifetime was irreparably harmed by his public statements, just prior to the Wall Street Crash of 1929, claiming that the stock market had reached "a permanently high plateau." His subsequent theory of debt deflation as an explanation of the Great Depression was largely ignored in favor of the work of John Maynard Keynes. His reputation has since recovered in neoclassical economics, particularly after his work was revived in the late 1950s and more widely due to an increased interest in debt deflation in the Late-2000s recession.

Fisher produced various inventions during his lifetime, the most notable of which was an "index visible filing system" which he patented in 1913 and sold to Kardex Rand (later Remington Rand) in 1925. This, and his subsequent stock investments, made him a wealthy man until his personal finances were badly hit by the Crash of 1929. He was also an active social and health campaigner, as well as an advocate of vegetarianism, Prohibition, and eugenics.


Then we may deduce the following chain of consequences in nine links:

(1) Debt liquidation leads to distress setting and to (2) Contraction of deposit currency, as bank loans are paid off, and to a slowing down of velocity of circulation. This contraction of deposits and of their velocity, precipitated by distress selling, causes (3) A fall in the level of prices, in other words, a swelling of the dollar. Assuming, as above stated, that this fall of prices is not interfered with by reflation or otherwise, there must be (4) A still greater fall in the net worths of business, precipitating bankruptcies and (5) A like fall in profits, which in a " capitalistic," that is, a private-profit society, leads the concerns which are running at a loss to make (6) A reduction in output, in trade and in employment of labor. These losses, bankruptcies, and unemployment, lead to (7) Pessimism and loss of confidence, which in turn lead to (8) Hoarding and slowing down still more the velocity of circulation. The above eight changes cause (9) complicated disturbances in the rates of interest, in particular, a fall in the nominal, or money, rates and a rise in the real, or commodity, rates of interest. Evidently debt and deflation go far toward explaining a great mass of phenomena in a very simple logical way.

I have been both a central banker and a market regulator. I now find myself questioning whether my early career, largely devoted to liberalising and deregulating banking and financial markets, was misguided. In short, I wonder whether I contributed - along with a countless others in regulation, banking, academia and politics - to a great misallocation of capital, distortion of markets and the impairment of the real economy. We permitted the banks to betray capital into “hopelessly unproductive works”, promoting their efforts with monetary laxity, regulatory forbearance and government tax incentives that marginalised investment in “productive works”. We permitted markets to become so fragmented by off-exchange trading and derivatives that they no longer perform the economically critical functions of capital/resource allocation and price discovery efficiently or transparently. The results have been serial bubbles - debt-financed speculative frenzy in real estate, investments and commodities.

James Tobin argues that the intellectual breakthroughs that mark the neoclassical revolution in economic analysis occurred in Europe around 1870. The next two decades witnessed lively debates in which the new theory more or less absorbed or was absorbed in the classical tradition that preceded it.[13] In the 1890s, according to Joseph A. Schumpeter[14] there emerged A large expanse of common ground and ... a feeling of repose, both of which created, in the superficial observer, an impression of finality -- the finality of a Greek temple that spreads its perfect lines against a cloudless sky. Of course, Tobin argues, the temple was by no means complete. Its building and decoration continue to this day, even while its faithful throngs worship within. American economists were not present at the creation. To a considerable extent they built their own edifice independently, designing some new architecture in the process. They participated actively in the international controversies and syntheses of the period 1870-1914. At least two Americans were prominent builders of the "temple," John Bates Clark and Irving Fisher. They and others brought neoclassical theory into American journals, classrooms, and textbooks, and its analytical tools into the kits of researchers and practitioners. Eventually, for better or worse, their paradigm would dominate economic science in this country.

Fisher's research into basic theory did not touch the great social issues of the day. Monetary economics did and this became the main focus of Fisher’s work. Fisher's Appreciation and interest was an abstract analysis of the behavior of interest rates when the price level is changing. It emphasized the distinction between real and monetary rates of interest which is fundamental to the modern analysis of inflation. However Fisher believed that investors and savers —people in general— were afflicted in varying degrees by "money illusion"; they could not see past the money to the goods the money could buy. In an ideal world, changes in the price level would have no effect on production or employment. In the actual world with money illusion, inflation (and deflation) did serious harm.

Also see: The Top 10 Most Influential Economists of All-Time
Posted by Unknown at 4:39 AM

Washington, Lincoln and Kennedy plus other Presidents have taken from bankers the control of providing a debt free and permanently circulating currency and were warred against, assassinated or the attempt was made. Private Debt money from bankers' credit/loans means no permanently circulating currency as loans have to be paid back and interest money is never created making it impossible to ever get out of debt.

The American Monetary Institute is proud to announce its 8th annual Monetary Reform Conference in Chicago. Our conferences have launched the modern grass roots movement for U.S. monetary reform and thereby World reform. Make your plans now to attend this important meeting in beautiful downtown Chicago. Our money system clearly needs a serious overhaul to secure economic justice and peace as we enter the 3rd Millennium. It’s evident that true reform, not mere regulation, is necessary to move humanity back from the brink of nuclear war; away from a World dominated by fraud, warfare and ugliness and toward a World of justice and beauty. The conference focuses on minimum initial steps to begin this process and put time on the side of humanity instead of against us. You may receive this announcement amidst very depressing news and events, but we urge you to avoid discouragement and instead join with us in this adventure to achieve positive results for America and the world.

Don’t allow yourself to be discouraged because the villains who created the present crisis, have manipulated governments to bail them out, at the expense of the public. We the people have the power to end that nonsense. Once we realize that, and learn to ignore the “corrupt and corrupting” negative influences, we can understand what should be done and then act.

At the forefront of the Conference will be a description of the essential elements of monetary reform needed to “get the snake out of the house.” The American Monetary and Financial Security Act, a program for achieving the reforms will be discussed at length.
We will focus on Congressman Dennis Kucinich’s National Emergency Employment Defense Act (NEED, HR 2990), introduced into Congress on September 21, 2011, which contains all the necessary provisions to achieve real and lasting reform.

This conference will continue to examine the problem of usury. Is it a necessary part of “free market economics,” or is it a destroyer of nations, or is it both? The present false definition of usury as excessive interest, was foisted on economics by Jeremy Bentham, who also devised utilitarianism – dropping morality in favor of supposed results. But the real concept of usury is the anti-social misuse of the money mechanism for private gain. The conference continues to help revive this classical concept of usury and relate it to how our present privatized monetary system malfuntions, for example in creating the present banking crisis. The Kucinich Act, 2990 will limit compound interest!

Because the world is still in danger of sliding into an unimaginable economic disaster, and warfare in the Middle-East, the conference will also focus on how a privately controlled money system such as we presently have in the U.S. leads to warfare by providing the financial motivation for starting unnecessary wars. Everyone has heard that banking and wars are related, but only a handful of people understand how.