On Liberty: More Relevant Than Ever

by Len Hart, The Existentialist Cowboy In his classic essay "On Liberty", John Stuart Mill deals with the issue of "civil liberties" --not the metaphysical issue of "free will". While most attacks on civil liberties have historically occurred from the right within the context of a tyrannical or an aristocratic rule, Mill deals with threats against liberty from within the institutions of democracy itself. The issue is especially relevant at a time when widespread domestic wiretapping and surveillance violates the Fourth Amendment to the U.S. Constitution. 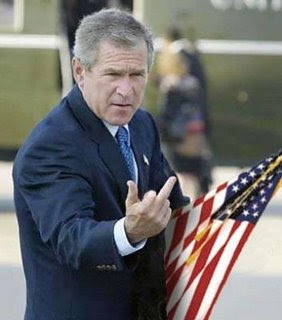 The aim of early libertarians was to limit the power of the ruler over those governed; Mill, however, identifies a need to limit the power of elected governments and officials as well. Mill is not merely addressing the issue of "who should rule?", he seeks to establish limits on the power that government may exercise over minorities and individuals. His work is more relevant now than ever.While "government of the people" is an ideal to be sought, Mill argues that such an ideal is often not the case in fact. He argues that those exerting the power of the government --elected officials, bureaucrats, the judiciary --often develop their own interests. They may be influenced by those constituencies in ways that are at odds with the interests and liberties of individuals or other groups.Mill makes no distinction between a tyranny of one and a tyranny of many. A tyrannical majority running roughshod over the rights of individuals and minorities is no less a tyrant because it is a majority, because it is elected, or because it is elected by a majority.While society may not tolerate criminal behavior, for example, society may not legitimately interfere with or suppress all non-conforming behaviors indiscriminately or because a majority may not approve. What then are the powers that society may legitimately exercise over the individual? Mill answers:

"The only purpose for which power can be rightly exercised over any member of a civilized community, against his will, is to prevent harm to others."-J.S. Mill, On Liberty

James Madison --called the "Father of the Constitution" --may have anticipated Mill's ideas in his draft of the Bill of Rights --the first ten amendments to the Constitution. Implicit in the Bill of Rights is the recognition that the power of the state is a blunt instrument. Abused, it can oppress and repress individuals and minority groups alike. The Bill of Rights addresses this issue by guaranteeing "due process of law", limiting state power over individuals and groups, guaranteeing that groups and individuals may speak freely, worship freely.The Fourth Amendment specifically is a promise that our government made to us in its very founding:

"The right of the people to be secure in their persons, houses, papers, and effects, against unreasonable searches and seizures, shall not be violated, and no Warrants shall issue, but upon probable cause, supported by Oath or affirmation, and particularly describing the place to be searched, and the persons or things to be seized."-Fourth Amendment, Bill of Rights, U.S. Constitution

Let's make something abundantly clear: there are no "inherent powers", "implicit" authorizations" that would, in any way, overturn, limit, or repeal the Fourth Amendment. Many politicians are not only wrong about that, they may have deliberately lied about it. Moreover, Congress may not overrule the Fourth Amendment with statutory law. Constitutional Law is supreme and provisions in the Bill of Right are valid until amended as set out in the Constitution itself. Widespread domestic surveillance is illegal whatever is done by Congress ex post facto --and until the Constitution is amended, it will remain illegal. At last, ex post facto laws, themselves, are expressly forbidden by the Constitution.Mill is all the more remarkable for his insight into issues that remain contemporary. In every literate criticism of "special interest groups", PAC's, the gun lobby, the tobacco lobby, the Military/Industrial Complex, one sees the lasting influence of John Mill.On Liberty is essential reading for anyone interested in law, the principles of government, political science, political philosophy, indeed, freedom itself. It is also essential reading for anyone interested in learning about the intellectual underpinnings of Anglo-American civil liberties.
Posted by Unknown at 6:08 AM

Send Zer0bama a copy, In EXILE!

Obama is not perfect but NEITHER is he the problem. Anyone expecting a new MESSIAH is a much, much bigger problem than is OBAMA.

Secondly, Obama did not create the current system by which Presidents are elected. Read the thousands of words that I have posted on how the current could be reformed to reflect more accurately the popular 'will'

A hint: the 'money changers' (the pimps and whores on K-street') must be driven from the temple. As long as candidates of either party are utterly dependent upon CAMPAIGN CONTRIBUTIONS they will be forced to prostitute if not sacrifice themselves to the god MOLOCH.

Another clue: Obama's job creation rate is already ahead of that of Bush JR. That's not surprising. EVERY Democratic president since 1900 has beat the pants off EVERY GOP since 1900. When the final tally is in, the same will be true of Obama.